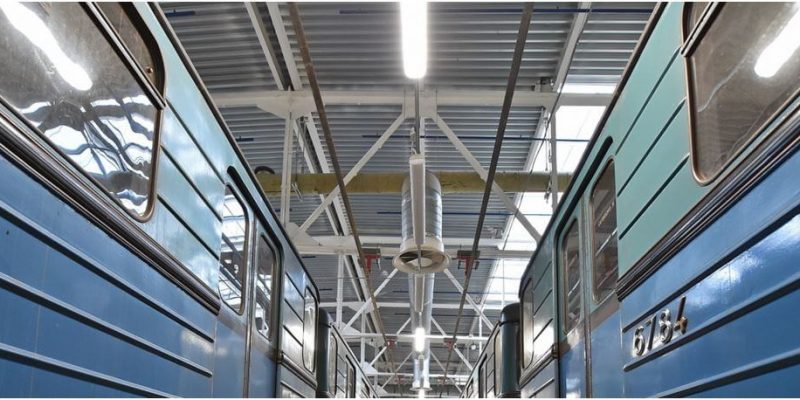 According to Andrey Bochkarev, Deputy Mayor of Moscow in the Moscow Government for Urban Development Policy and Construction, the construction process of the Brateevo depot of the Moscow metro’s part of an extra stage in the wheel shop has been completed.

“The next stage of construction of the Brateevo depot has been completed – now there is a wheel shop in the car repair building for the metro rolling stock. This will allow the personnel to carry out its repair and maintenance more efficiently,” stated Andrey Bochkarev.

He added: “In addition to improving the level of maintenance and repair of rolling stock, the completion of the commissioning of the installed equipment has also made it possible to reduce the proportion of manual labor and labor intensity.”

The general director of Mosinzhproekt JSC (operator of the Moscow metro development program) Yuri Kravtsov, also illustrated about the recent equipment is aimed for processing wheelset parts on machine tools, making gears, as well as heat treatment of gear wheels.

Yuri Kravtsov emphasized: “This will increase their service life, thereby increasing the wear resistance of the serviced train cars. After the completion of works in the wheel shop, the depot is a full-fledged car-repair plant.”

End of the previous year was the inauguration date of Brateevo depot following the completion of the second stage of construction, within the framework of which a complex for maintenance, storage, and repair of electric rolling stock with a car wash chamber was erected.

In order to service metro trains of the Zamoskvoretskaya line and electric rolling stock of the entire Moscow metro Brateevo is constructed. The depot comprises of 27 industrial buildings, 5,047 units of technological equipment, allowing to provide overhaul and medium repairs of up to 850 cars every year, maintenance of 17 trains per day, while it considered for washing 16 trains daily and night storage of 11 trains. The depot is equipped with the latest, including unique, technological equipment.