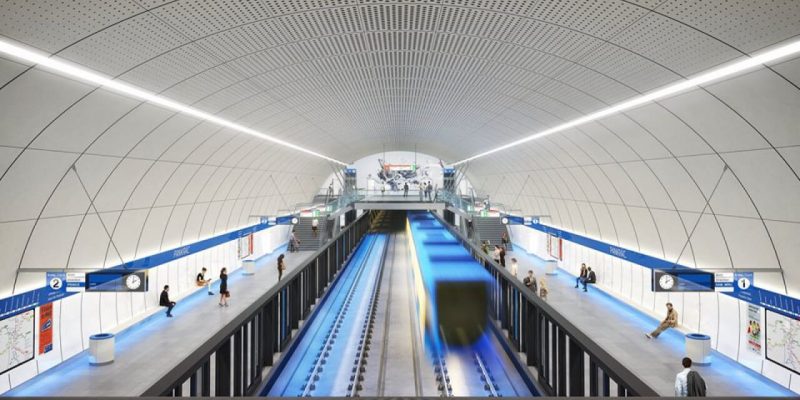 The construction process of Prague metro Line D, which is located not far from the existing Pankrác C station, in the PAD2 locality – the consortium SubterraAS, Hochtief CZ, Strabag AS, Hochtief Infrastructure and Ed, has been commenced. Züblin started the building of the first section I. D1a Pankrác – Olbrachtova of the metro line D in Prague.

Construction of two stations – Pankrác D and Olbrachtova, interstation track tunnels, a tunnel for turning tracks, a parking tunnel, technological tunnels for air conditioning, a connector between tracks C and D, as well as several escalator tunnels for exits, will be done as part of the first stage of construction by contractors. While the section is due to be 1.3 km long, it will be necessary to dig a total of around 3 km of tunnels.

The 7.5 years’ construction of the first section will take place in six locations designated as PAD1b, PAD2, PAD4, VO-OL, OL1, and OL2 (PAD = Pankrác D, VO-OL = Olbrachtova ventilation facility, OL = Olbrachtova), whereas at four of these locations (PAD1b, PAD4, VO-OL, and OL1), a geological survey has been conducted by DPP since June 2019. Following its completion, the contractors are going to follow up with the actual construction of the first section of route D. PAD1b, VO-OL and OL1 will be the main locations from which tunnels and stations will be excavated, while tunneling in this section of route D will be carried out by the contractors using the new Austrian tunneling method (NATM).

Stating the excavations in the PAD1b location

At the end of June 2022, digging of the access tunnel, with a length of 218 m, a width of 9.6 m, and a height of 8.4 m, to the future Pankrac D station in Prague, began in the PAD1b location. Implementing the geological survey was up to the company Subterra and the used method for excavation, which was started from the bottom of the shaft at a depth of 26.45 m, was the new NATM method while completing 1m per day. The access tunnel should be excavated by the end of this year. 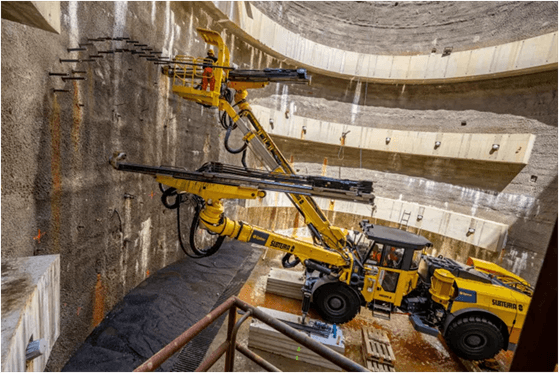 Please click here for tunnelingworld archive and also visit their website for more details on this project.

Deferring the Cumbria Coal Mine Decision