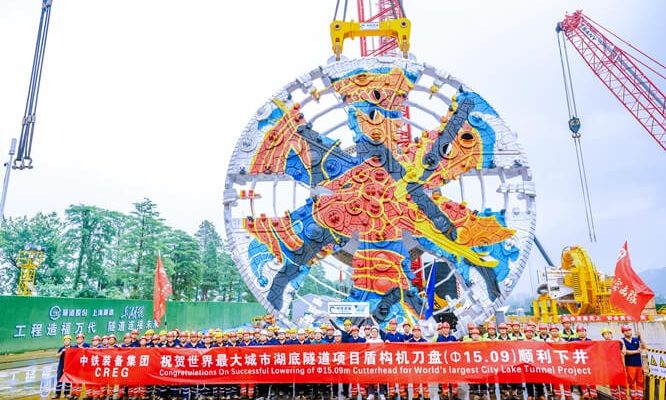 While the tunneling process is due to be commenced on Wuhan’s Two Lakes Tunnel Project, Donghu, the first of the two slurry, water, and air-balanced TBMs for the project, is in the location and will excavate the 3.1km section among the working shaft at Fengguang Village and the Hubei Provinical Museum.

The intended Wuhan Two Lakes Tunnel, which is a road project connecting South and East lakes in Central China’s Hubei Province, is considered the world’s largest urban sub-lake tunnel project. Linking by an aboveground road, the 13.3km crossing will include two double-deck tunnels beneath the two lakes.

In order to ease traffic congestion in Wuchang District, the project, is designed and the determined date for its completion is 2024.