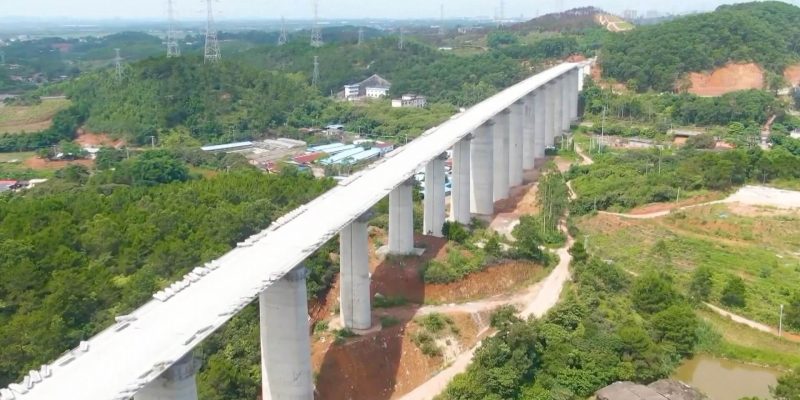 As the last tunnel has been drilled on Tuesday, the building of a railway that is going to enable Chinese high-speed trains to arrive at the China-Vietnam border has made a remarkable step forward.

The railway which is 46.9-km long, is going to connect Fangchenggang and Dongxing, both in Guangxi Zhuang Autonomous Region. As reported, it has eight tunnels in total.

At the moment, over 79 percent of construction has been finished on the railway. The track-laying and communication projects will be set out later.

Once the railway is operational, the history of no railway traffic across Fangchenggang and Dongxing will finish. Trains on the line can run at a design speed of 200 km per hour, and the journey time between the two cities will be cut from 90 to 20 minutes.

Dongxing is placed at the China-Vietnam border. Finally, the line will develop and boost exchanges and trades between China and Southeast Asian countries.

See the video below for more information.

The Key Stage of the Aminyevskoye Depot Construction has Begun