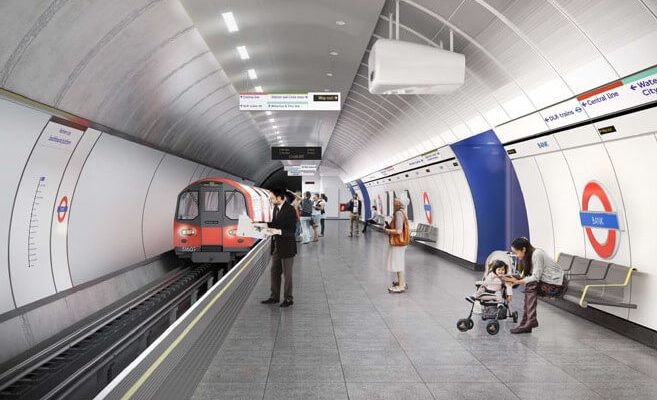 Following four weeks into the shut of Bank Station in order to boost its capacity, significant breakthroughs have been attained by the main contractor Dragados on all key activities, including final tunneling works.

Intending to raise the capacity of London’s third most congested station by 40%, the works are part of the Bank Station capacity upgrade project with a £655M value.

Severe congestion, conflicting passenger flows underground, and small diameter tunnels linking the platforms, are the issues that bore Bank Station due to transportation of 100,000 people at peak rush hour.

Starting up in January 2022, the indicated blockade has closed Northern line services on the Bank branch among Moorgate and Kennington for almost four months.

In addition to these advantages, advancement on converting the existing southbound platform into a spacious new customer concourse, has been done as part of the blockade works by Dragados, whereas this action has commenced with the removal of redundant services and the backfill of the existing trackbed, which is going to provide the base for the new floor surface.

The starting date of this project by Dragados was 2017 and in order to complete this closure by mid-May 2022 it rests on course.

Considering successful completion of most major civils and tunneling works on time and with minimum effect to stakeholders, by May trains are due to be able to run through the new southbound tunnel and the platform will be operational. The inauguration time of the new Cannon Street entrance, comprising of 12 escalators, two moving walkways, and two lifts, is autumn 2022.

In 2013, the intended contract has been granted to Dragados by Transport for London.