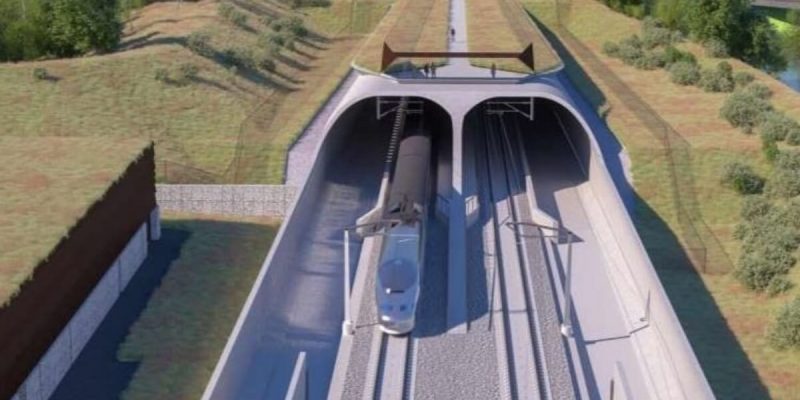 Additionally, for producing more than 13,000 precast concrete segments for 7km of green tunnels, the Derbyshire-based Stanton Precast has also concluded a deal.

While the precast firm is going to recruit 100 staff at its Ilkeston factory, which is being developed to deliver the big order, the pre-cast segments will then be shipped to the site and assembled by a team from Matière, which has a strong track record in innovating bridges and tunnel structures.

The Chipping Warden village in Northamptonshire will be the first big cut and cover tunnel stretching path for 2.5km and its assembly is due to commence on site early next year.

Following completion, the structures will be covered with earth and landscaped to blend in with the surrounding countryside.

Two similar structures at Wendover in Buckinghamshire and Greatworth in Northamptonshire are going to follow the Chipping Warden tunnel. In order to decrease the noise of trains available in the tunnel, all of the tunnels will have specially designed porous portals’at either end.

EKFB Director Peter Bimson, said: “The Chipping Warden ‘Green Tunnel’ is a demonstrable feat. It combines a myriad of innovative techniques, from promoting safety by taking the construction process off-site to delivering an end-product that will benefit the surrounding environment.”

He added: “This off-site manufacturing is the result of the collaboration between some exceptional teams, using international engineering expertise.”