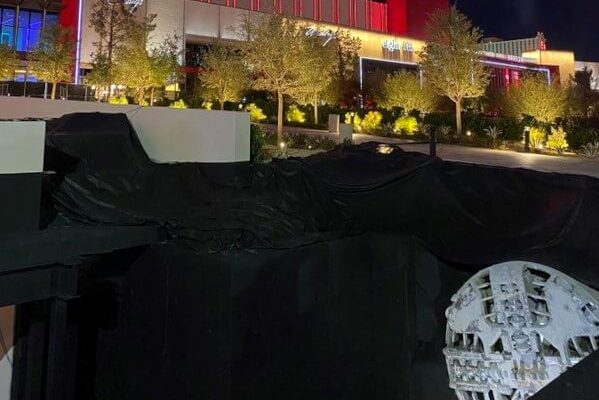 Following laying the groundwork for the Vegas Loop’s first station, the Boring Company’s (TBC) Prufrock-1 has surfaced at Resorts World.

Housing up to 57,000 passengers per hour, the Vegas Loop is due to comprises up to 51 stations along The Strip, including the Allegiant Stadium. Moreover, the LVCC Loop has three stations placed in the Convention Center complex. During the tech event CES 2022, held in January, the LVCC Loop transported 15,000-17,000 each day. The network is being constructed without any public funding.

Immediately starting up the surface, mining underground, and re-emerging on completion, is due to Prufrock’s porpoise design. Once TBM reached the site can commence tunneling after 48 hours and no shafts are needed for launch or retrieval.

One of the advantages of Prufrock is that it has the ability to tunnel at a speed greater than one mile per week, which is six times faster than TBC’s previous generation TBM (Godot+). The medium-term goal is for Prufrock to exceed 1/10 of human walking speed or seven miles per day.

How to Dominate Geological Challenges on the Brenner Base Tunnel