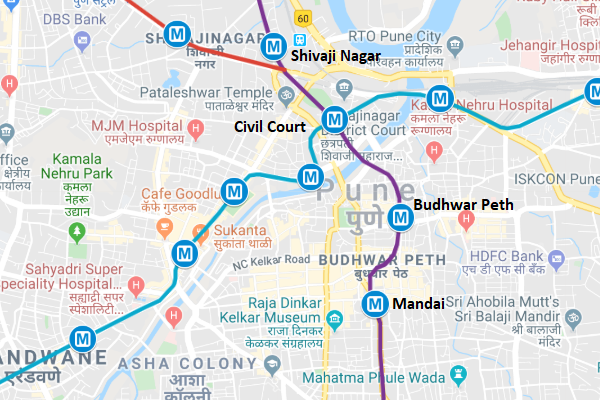 One of the three Terratec EPB machines excavating the line is TBM ‘Mula’ (S79); another is the S78 TBM (‘Mutha’) 6.61m-diameter that broke through at the 155m NATM scissor crossover at Civil Court Station in September, having been launched at the end of 2019 from near the College of Agriculture. Both devices excavated in hard rock below a heavily populated area, complicated by locking constraints that saw the best monthly advancement of 301m. In order to support the effort, Terratec’s field service unit was decided to be on hand.

In 2019, Maharashtra Metro Rail Corp (MahaMetro) declared that the JV had secured both the twin-tube tunnel packages on the current 16.56km north-south metro corridor. The 5 km underground segment – which extends from the College of Agriculture in Shivajinagar to Swargate and has five stations – is regarded as the most difficult section of the line as it runs through the heavily populated areas of the Kasba Peth, Budhwar Peth and Mandai markets.

The Terratec EPBMs have dome-style mixed-face cutterheads built to operate efficiently in the predicted thick basalt, with pressures of up to four bars. As the TBMs advance, 1,400mm by 275mm-thick precast concrete liners will be mounted in a five-plus-key configuration.

The third TBM (S81) of the city is scheduled to be launched northward towards Mandai Station at the beginning of next year with assembly beginning in December 2020.