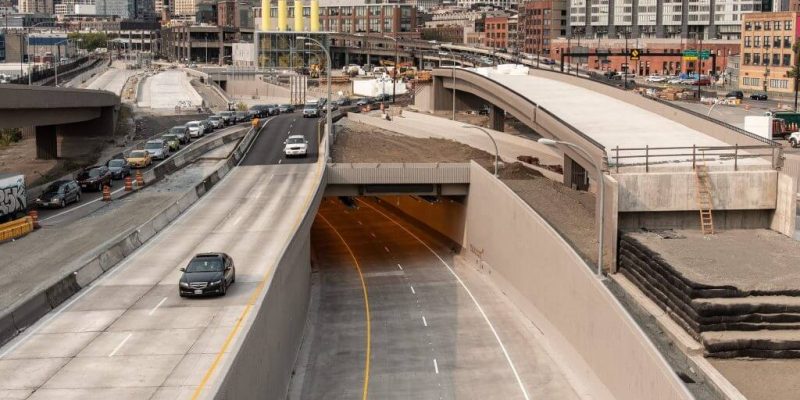 Despite the request of this pair to overturn an earlier decision that ordered them to pay damages to the client Washington State Department of Transportation (WSDOT) for the late completion of works on the Alaskan Way Viaduct replacement scheme, an appeal court threw out their bid.

In order to construct a tunnel to replace the earthquake-damaged viaduct on Highway 99, in 2011 the joint venture of Dragados USA and Tutor Perini as Seattle Tunnel Partners (STP), concluded a $1.4bn (£1.1bn) contract.

Known as Bertha, in December 2013 a tunnel boring machine (TBM) with 130m length, hit a pipe with a 200mm-diameter steel well casing, and after two months Bertha’s manufacturer halted mining because the TBM required repair.

Due to remarkable repair time, the deadline for substantial completion of the project was missed.

In March 2016, the client body sued its contractor for missing the deadline. Seattle Tunnel Partners fought the claim, insisting the delay was excusable under its terms of the contract.

While the JV also counterclaimed for alleged breach of contract, saying it should have been given a time expansion when its equipment was damaged on a pipe it claims the client should have disclosed but didn’t, an initial court ruling was made in favor of Washington’s transport department, and this has now been backed by the state’s court of appeal.

According to the latest 30-page judgment: “We hold that either the trial court did not err, or if the court erred, the error was harmless.”

He also added: “Instead, STP is liable for the $57.2m WSDOT award, now having grown to $74m with interest. It is possible STP will seek discretionary review from the Washington Supreme Court.”

Washington State Department of Transportation, Dragados USA and Tutor Perini have all been contacted for comment.