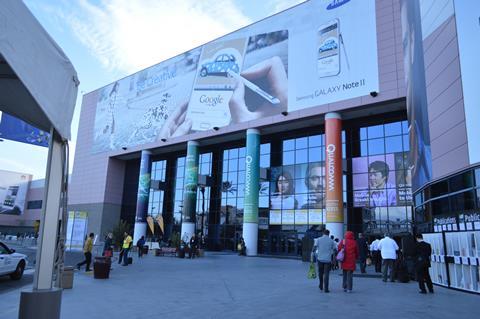 A contract to design and construct a Loop system for the Las Vegas Convention Center (LVCC) has been approved by The Las Vegas Convention and Visitors Authority (LVCVA) Board of Directors. This system would enable visitors to get from one end of the campus to the other in approximately one minute, in contrast with the 15 minutes it usually takes to walk.

For doing this, The Boring Company, owned by entrepreneur Elon Musk, is going to construct a US$50 million underground people-moving system like a subway. Indeed, it’s an AEV (autonomous electric vehicle), although, not a customary railcar.

Known as “The Loop” for short, the Las Vegas Convention Center Loop, according to a report from Associated Equipment Manufacturers (AEM), the novel transport system includes two one-way tunnels and three strategically located passenger stations. One tunnel has been completed already while the other one and the three passenger stations are under construction.

On 5th June, Electrek reports that The Boring Company has applied to extend The Loop to its first casino on the Strip, Encore at Wynn, which is located close to the LVCC. The Loop will connect the existing space of the LVCC with its new West Hall expansion. It is expected to have the projects ready for the public by January 2021, well before the next CONEXPO-CON/AGG in 2023.
With an appraised price tag of US$980 million, the West Hall expansion will increase 1.3 million square meters to the existing 2.98 million square meters campus. In addition to exhibit space, the project also contains a grand atrium and an outdoor plaza. The exhibit hall contains modern plumbing, electrical and data infrastructure so exhibitors can connect without the use of on-ground wiring.

The standard people-moving vehicle is an autonomous electric vehicle (AEV), in this occasion a Tesla Model X or Model 3 which are also owned by Elon Musk. A modified Model 3 chassis allows transporting up to 16 people at once. The AEVs are leaded by conduit sensors in the tunnels and can safely travel up to 155 mph.

Due to its high cost, tunneling has yet to catch on in the US. As reporters stated, The Boring Company says past tunneling projects often ran at US$1 billion per mile. These costs need to be reduced by a factor of 10, in order to make tunneling a practical alternative to traditional roadways.

According to the reports, The Boring Company claims it can make that happen with more productive equipment which supports constant tunneling, smaller tunnels that decrease construction costs by 300% to 400%, and automation.

LVCC CEO and president, Steve Hill, quotes that “Las Vegas continues to break through boundaries, and we look forward to offering this first-of-its-kind transportation solution to our convention attendees,”