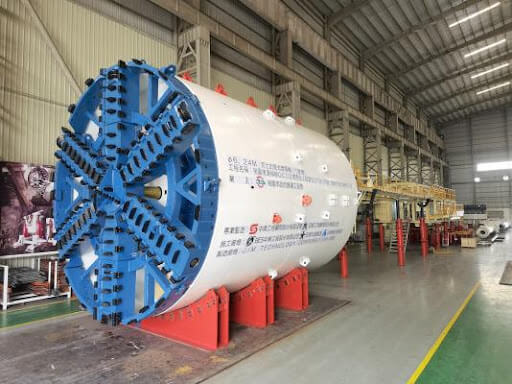 Two earth pressure balance tunnel boring machines (TBMs), which are due to be used on a metro project in Taiwan, were delivered by Terratec firm.

In order to operate the underground works of the MRT Green Line in the city of Taoyuan, this Australian firm, that is a section of JIM Technology Group, dispatched the 6.24m diameter machines to the Futsu-Obayashi-Cec consortium.

Providing better links and interfaces on the Taiwanese city’s metro system and making journeys quicker and more convenient, are the main purposes of the Green Line project, which’s completion is planned to be in 2025 and is due to be around 28km long comprising 21 stations.

The purchase of Japanese contractor Obayashi from Terratec for a contract that includes three underground stations and two drives of 2.3km, is four TBMs

October 2021 is the commencing date of working on the project, while the company will render the remaining two 8.38m diameter earth pressure balance TBMs in the coming year.

According to Terratec: ” Versatile earth pressure balance TBMs feature a robust spoke with outer ring cutterheads designed to work effectively in the local geology, which includes sandstone and boulder.”

Advancement of the machines will be done while installing 1.2m wide by 250mm thick reinforced concrete lining rings.

In accordance with GE’s report in July 2021, the Municipal Corporation of Greater Mumbai’s Amar Mahal I Tunnel project in India is waiting for a TBM from Terratec.