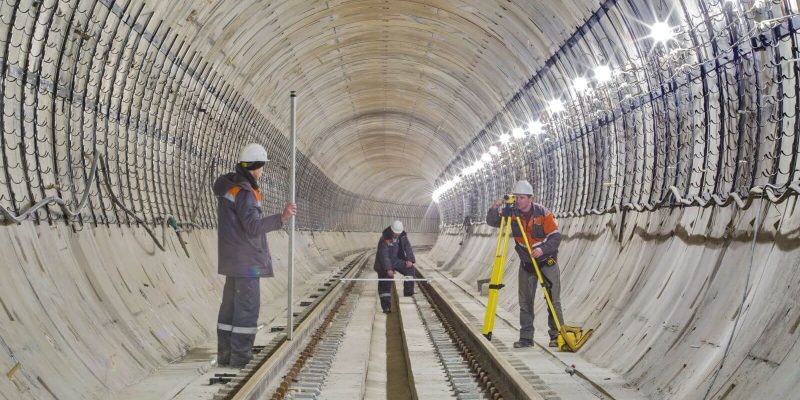 The new section of the Lyublinsko-Dmitrovskaya metro line will have 3 stations – Yakhromskaya (with the working name Ulitsa 800-letiya Moskvy), Lianozovo, and Fiztekh – all are planned to be opened simultaneously in 2023.

At Yakhromskaya and Lianozovo stations, the retaining walls are ready; at Lianozovo, a transition to the MCD-1 platform is 97.5% completed.

The running tunnels between the future Lianozovo and Fiztekh stations of the Lyublinsko-Dmitrovskaya metro line section under construction are 80% complete. The Tatyana and Irina TBMs have almost completed tunneling to the future Fiztekh station. At present, both shields have already crossed the Moscow Automobile Ring Road. The left tunnel is 79% complete and the right tunnel is 77% complete.

At the Fiztekh station, the preparation work for excavation shoring and utilities network relocation outside the construction footprint is underway. The enclosing structures for the Fiztech station pit are now 25% complete. The Fiztech station will be located along Dmitrovskoye Highway, north of Akademik Landau Boulevard. There will be one lobby with exits to the Dmitrovskoe highway, stops for surface passenger urban and suburban transport. Click here for further information. 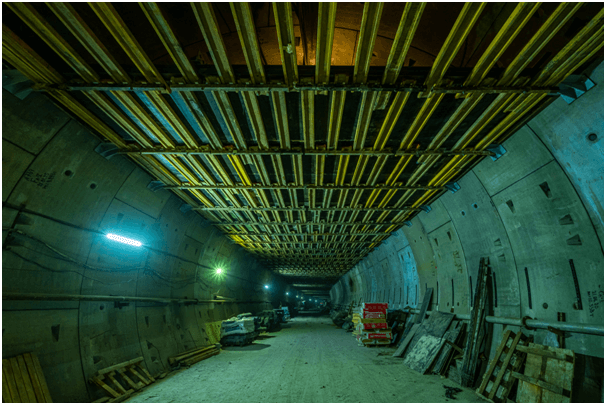 The Big Circle Line is the key Moscow Metro construction project, its length will be 70 km with 31 stations, 12 of which are already open to passengers. It will be the longest underground loop line in the world.

The construction of the main structures of the Kuntsevskaya station of the Western section of the Big Circle Line (BCL) is almost complete: architectural and finishing works are now 98% complete, and the building of the passenger areas are underway. The station project will serve as an interchange to the stations for Filyovskaya and Arbatsko-Pokrovskaya metro lines and the MCD-1.

Tunneling between the Pechatniki and Nagatinsky Zaton stations of the Big Circle Line (BCL) is now more than half complete.

The 10 m TBM Victoria has driven 904 m of the double-track tunnel between the stations under construction on the eastern section of the Pechatniki BCL and Nagatinsky Zaton, which is more than half of the total length of the tunnel.

TBM Victoria has stopped at a specially equipped site to replace the cutting tools and will then continue under the Moskva River, which is 500 m wide.

TBM Victoria has passed the Pechatniki which is a dense urban development zone. Part of the tunnel passed directly under the Pechatniki station of the Lyublinsko-Dmitrovskaya line, and then under the sewer of the Nishchenko river. The route was difficult with mixed soils (from sands to limestones) which were heavily permeated with water.

The Tekstilshchiki and Klenovy Boulevard stations construction has reached 50%, and architectural and finishing work and the utility systems are all being installed. The Pechatniki and Nagatinsky Zaton stations are now one-third ready – work continues on the construction of the main structures of the stations.

Currently, 4 stations are under construction on the eastern section of the BCL: Klenovy Boulevard, Nagatinsky Zaton, Pechatniki, and Tekstilshchiki Their commissioning will improve transport accessibility to the surrounding areas.

Tunneling Awards Entry has been Extended