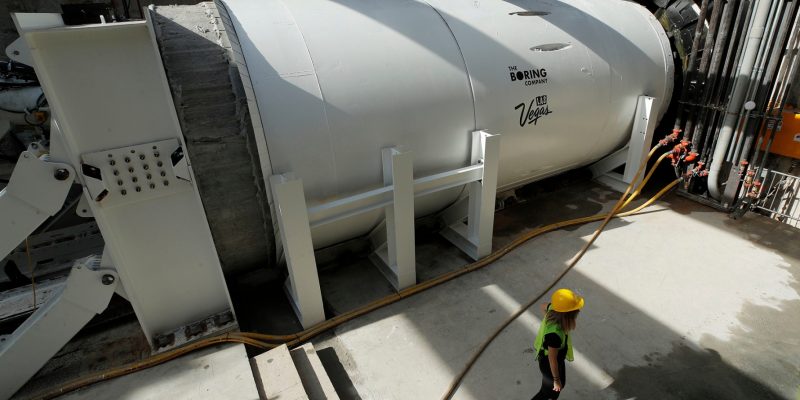 Although Elon Musk’s Co. delivered the first stage of tunnel expansion in Las Vegas, the TBMs are already assigned another journey.
Steve Davis, President of the Boring Co., stated earlier that the company is “very excited about the future of Loop transportation in Las Vegas.”

The Las Vegas Convention & Visitors Authority revealed a new construction scheme earlier on Oct. 13rd to outline the upcoming project proceedings.
According to this newly presented scheme, the tunnel would be further expanded for 7miles in the north section, reaching the Allegiant Stadium, hosting additional stations at hotels along the Las Vegas Strip.

Steve Hill, president and chief executive officer of the visitors and convention authority, reported that the Loop could become a destination in itself. “It’s going to be an attraction early on because we will be the first city that has this.”

If the applied permits and certificates for tunneling go in line with the plan, Musk’s Boring Co. will eventually start boring in 2021. As stated by the officials, work will be underway 24 hours 7 days a week for two or three more years, and as a result, the project will be partially open to commuters by then.
However, it is not clear if the proposed map will include an extra station under the McCarran International Airport. More evaluation is required at this time.