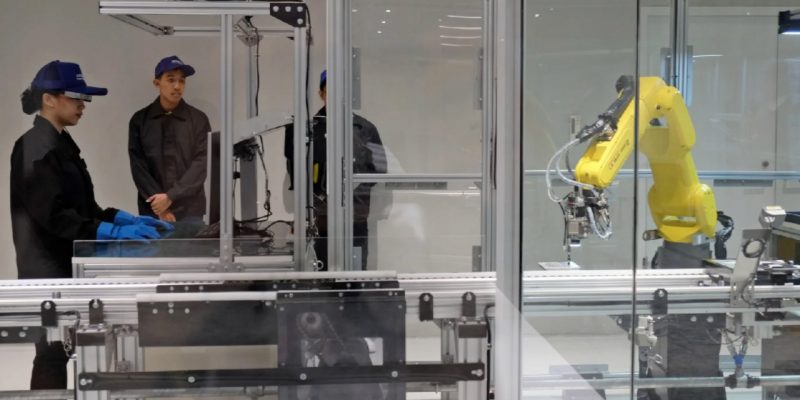 Hitachi Zosen, the Japan-based heavy machinery manufacturer is seeking to boost its share of the TBM market in Southeast Asia by expanding its support services, such as remote assistance for clients in machine operation and assembly.

By suggesting a superior service to that of its Chinese rivals, Hitachi intends to gain consistent annual TBM sales of up to US$95m as opposed to those of recent years, some of which have seen annual sales dip to US$48m, reported Nikkei Asia. The move comes from escalated shareholder pressure on the company as a result of declining home sales and anticipated higher infrastructural demand in Southeast Asia.

The company intends to reach to its targets during these difficult times by offering overseas clients the full armory of high-tech solutions like Artificial Intelligence and augmented reality glasses. Hitachi engineers in Japan could thereby supply virtual hands-on help through livestreaming to operatives abroad. This would prepare a quick response to site problems and help bypass the international travel difficulties related to Covid-19. Hitachi also intends to decrease production costs via volume sales of the same machines for long tunnels under package contracts. This will be helped by standardizing components to enable machine re-use rather than scrapping after projects end.

Hitachi’s purposes can be seen in the light of a stalling domestic – and shortly expected to be contracting – TBM market due to lower demand for new subway lines as Japan’s population decreases. This is intensified by the end of the construction boom generated by the as yet to take place Tokyo Olympic Games. In opposition, Southeast Asia is anticipated to need hundreds of TBMs in the next decade to build nearly 2,000km of tunnels, basically metro lines to reduce urban traffic problems.