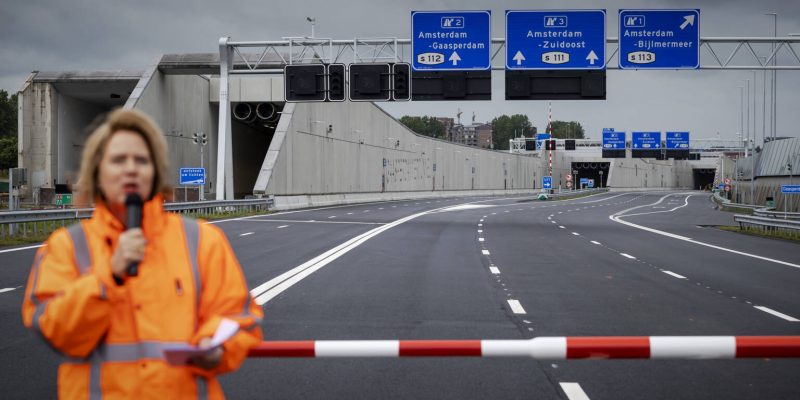 Minister Van Nieuwenhuizen marked the start of the first lanes of Gaasperdammer Tunnel in Amsterdam on July 5th. The construction follows five-tube tunnels built in various phases. A City Park, running through Bijlmermeer and Gaasperdam, on the tunnel’s roof, is being developed by the end of 2021 to reduce noise and air pollution.

Minister Schultz believes, “Bringing the road down into a tunnel will kill two birds with one stone,” meaning that both residents and the commuters will benefit through the enlargement of the A9 motorway. 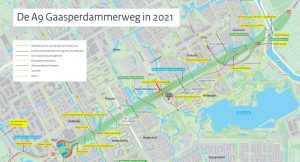 To avoid traffic congestion between the Holendrecht and Diemen junctions, improve the life quality of inhabitants after careful consideration of the environmental issues at stake, it was settled to widen the A9 motorway. As for the asphalt pavement, a lighter variant was laid to reduce public lighting, energy consumption, Co2 emissions on the A9 section.

Also, an adjacent lane to the twin tunnel is in service now to ease traffic jams mornings toward Amsterdam and evenings headed for Amersfoort.
Gaasperdammer Tunnel project is referred to as the longest land tunnel in the Netherlands. Similar examples can be found in Vlaardingen, Nijverdal, Utrecht, and Maastricht.