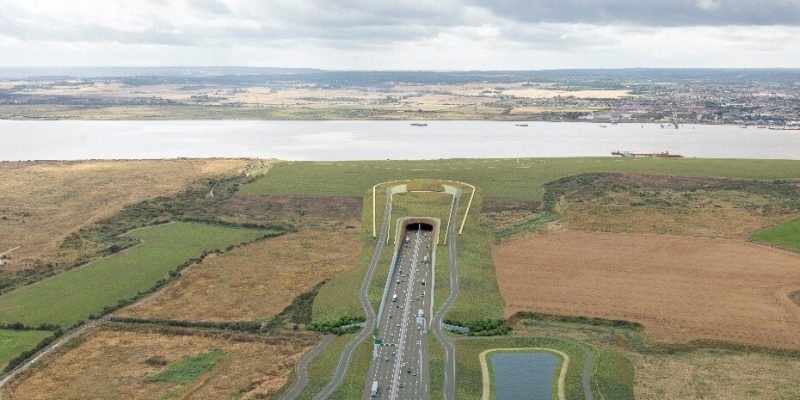 Time to have your say on revised plans for the Lower Thames Crossing is running out, as the latest public consultation draws closed on 8th.

National Highways – formerly known as Highways England – revealed changes to its planning application in June. Changes have been made related to air quality control, traffic management, noise, and vibration, plus the impact of the new crossing on the environment and landscape.

After National Highways was forced to pull its original plans following feedback from the Planning Inspectorate in November 2020, these changes have been added to the project’s development consent order application. They have added £362.5M to the final measured cost of the project.

The additional costs are unveiled in the ORR (Office of Rail and Roads) annual assessment of National Highways performance.

In spite of the additional costs, it is believed that the project is still measured to come in within its planned cost window of £6.4bn and £8.2bn.

The Office of Rail and Roads report also shows that National Highways is currently concerned that construction of the tunnel between Kent and Essex is at risk of delays because of the revisions in the planning application.

National Highways aims to submit a new application later this year to restart the consent process. If given the go-ahead, the building is still anticipated to begin in 2024 and take about six years, leading to a revised road opening date between 2029 and 2030.

Once the original application was pulled, Palmer told NCE that he anticipated a new DCO application to be filed within 90 to 120 days – which would have seen the application resubmitted maximum in March.

Also, tender documents for the two roads contracts comprised by the £1.2bn roads north package and the £600M Kent roads section were published in late March.