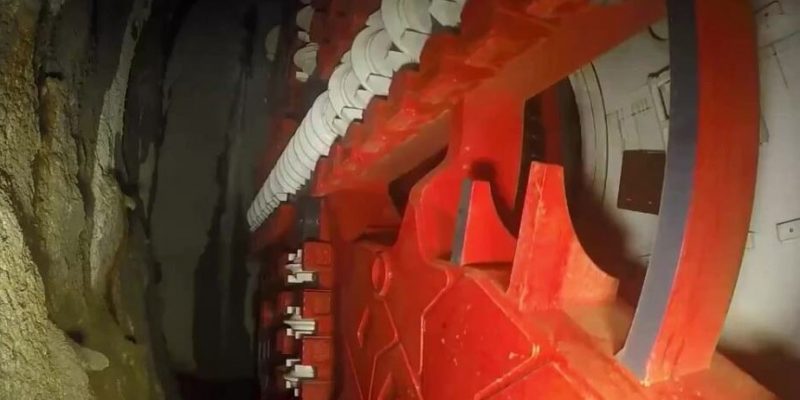 The Link Alliance which is CRL’s main contractor, has begun tunnel boring from the Mt Eden site.

Dame Whina Cooper TBM is 130m long and is going to be totally underground by the end of June. Its first destination will be the Karangahape Station, 830m away.

From there it will excavate on to the Aotea Station in central Auckland – a journey with 1.6km long – to join the section of City Rail Link tunnels already constructed from the Britomart transport hub. Although, it will reach to Aotea near the end of the year.

The machine will then be transferred back to Mt Eden and will begin digging the second tunnel in 2022.

When it completes, the 3.45km twin tunnel rail link is going to pass up to 42m below the city center.

After launching the TBM ceremonially in May which has been done by New Zealand transport minister Michael Wood and Auckland mayor Phil Goff ceremonially, final commissioning checks, which contained boring the first few meters of tunnel, were done.

Francois Dudouit, Link Alliance project director stated: “Progress over the first initial meters is cautious but steady while our crew bed down getting used to the machine and conditions underground.

“It’s not unlike getting a new car – we have a bespoke TBM built just for the soil conditions in this part of Auckland, and we needed to make absolutely sure everything is working properly.

“We are not ready to ‘put the foot’ down just yet and we’ll take the first stages pretty slowly at first.”

The machine will have its journey at an average of 15m a day and with a top speed of 32m per day, operating 24/7 at its peak. In first week of June, tunnel borings will ramp up once the TBM begins operating 24 hours a day, 5 days a week.

The machine aims to cut the spoil, remove the spoil by conveyor built to the surface, and install 14,735 concrete segments that will line the twin rail tunnels.

Dudouit asserted: “To give it its full name, Dame Whina Cooper is known officially as an earth pressure balanced TBM – it controls and balances earth pressure at the front of the machine where it is cutting into the spoil and reduces any possibility of settlement occurring.”

The TBM was constructed by Herrenknecht (the German company) at its factory in China. It was moved to New Zealand in sections and reassembled at City Rail Link’s Mt Eden site.

There is going to be a crew of 12 working each shift on the machine, supported by another team of approx. 12 on the ground.

Mt Eden will be “basecamp” for the TBM, and the systems and equipment needed to operate it. These comprise the conveyor system and spoil enclosure, water treatment plant, workshops and a storage area for the pre-cast concrete segments that will line the interior of the tunnel.

The £2.3bn (NZ$4.4bn) City Rail Link is the greatest and largest transport infrastructure project which is taking place in New Zealand. It is anticipated to be finished in 2024.