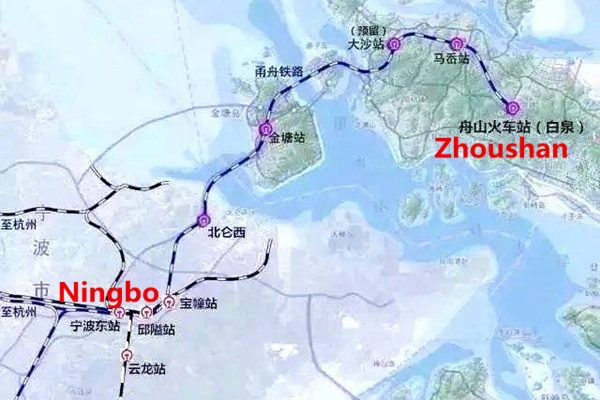 Overall, the construction will start in 2020 to be completed within six or seven years. Once it is open to traffic, trains will run between Ningbo to Zhoushan in just half an hour, cutting down the travel time to 1/3 of the current situation.

China’s largest archipelago, The Zhoushan’s islands, located in Zhejiang province, has a fine reputation among many tourists, who can access the islands with cars over bridges. The world’s longest undersea high-speed railway tunnel will significantly boost the tourism industry in this region.

During construction, the Artificial Intelligence system will be applied to control the drilling and avoid any possible damage to the rare geological terrain.