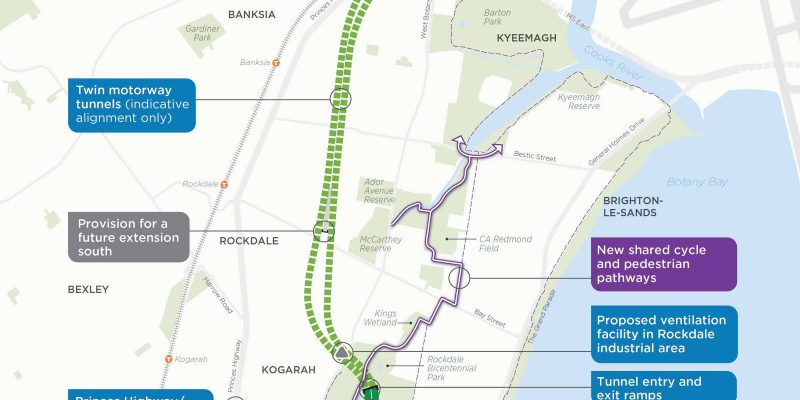 A major 4km motorway tunnel is going to be built in Sydney by the Government of New South Wales (NSW), Australia, and its contract’s value is US$1.95bn for Stage One.

On 1950s, the plans for construction of this tunnel have been suggested, when the scheme was known as the F6 extension and a reserved corridor created for it. When finally completed, it will develop from President Avenue, Kogarah to the WestConnex motorway in Arncliffe. Ventilation shafts are proposed at each end of the tunnel, one near the M6, the other near the underground connection to the M8.

The parallel twin tunnels’ construction is due to start in early 2022 and be completed by 2025. The considered contractor will be CIMIC Group’s CPB Contractors and UGL in a joint venture with Ghella.

The Stage Two’s planning, which has received an approximately US$23.2m budget from the NSW government, has already commenced and consists of forming the business case and defining a preferred alignment.