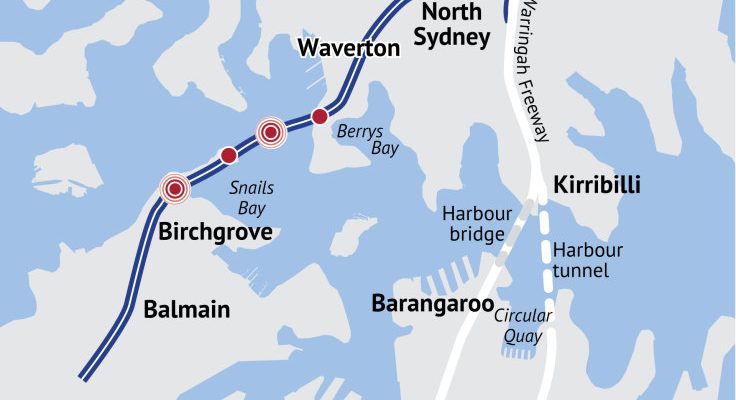 Construction of the second Sydney Harbour tunnel, which was proposed by the New South Wales Government, placed on the Infrastructure Priority List by the Infrastructure Australia. The intention of this bid -for a Western Harbour Tunnel and Warringah Freeway Upgrade- is to reduce congestion on one of the Sydney’s busiest growth corridors. Our evaluation confirmed that delivering this proposal is a national priority. While building a 6.5 km twin three-lane motorway from the Rozelle Interchange to the Warringah Freeway near North Sydney, is the main part of this proposal, it also includes an upgrade of the Warringah Freeway between the northern end of the Sydney Harbour Bridge and Willoughby Road.

Due to transporting over than 250,000 people vehicles every weekday as people travel into the CBD and through to other parts of the city, the Sydney Harbour Bridge and Sydney Harbour Tunnel are vital transport links. By an unavoidable increase in Sydney’s population till 2031, which is expected to be around 300,000 people, without an additional harbour crossing, we envisage additional traffic and delays around the Sydney CBD, impacting community access to schools, work and essential services. Moreover, according to the 2019 Australian Infrastructure Audit’s statement the congestion on this part of the road network could cost the NSW economy more than EUR500,000 (AUD780,000) per day by 2031.

Further information can be reached here.