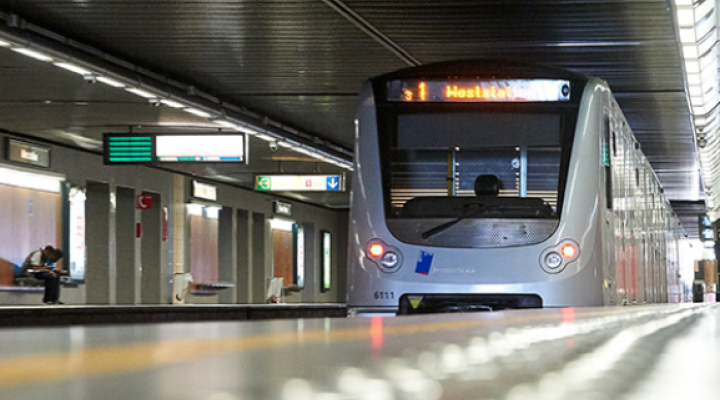 In accordance with Project owner Beliris’s statement, the decision about extending line 3 of the Brussels Metro system has been made by the Federal Government of Belgium and the Brussels-Capital Region. The metro Line 3 project is going to link the Evere and Forest municipalities through Brussels in only 20 minutes and This 10.3 km metro line 3 between Albert and Bordet will consist of18 stations.

The metro Line 3 project is divided in two phases:

Another new tunnel with the length of 150 m under the Gare du Nord with rail tracks varying in width from 8.66 m in its current section to 23.1 m, will link these two tunnels. Although the determined tunnel will handle Metro traffic to Haren in the final phase, but the application of this new tunnel will be as a post-arrival turnaround for metro trains during the building phase.

The construction process of Metro Line 3, with the two P5 and P6 shafts construction using a diaphragm wall of between 1 and 1.2 m thickness, has been commenced in March 2021 by the Joint Venture BAM Contractors composed of BAM Galere from Chaudfontaine and Soletanche Bachy France from Rueil-Malmaison.

Application of Shaft P5 – on the Rue d’Aerschot side –  it will be used for the disassembling and the exit of the TBM for the future new tunnel. It will stay closed by a temporary slab for the period between its construction and the arrival of the TBM.

Application of Shaft P6 – on the Gare du Nord side – will prepare the interface between the structure under the Gare du Nord rail network and the existing Gare du Nord metro station opening. This will lead the transit of STIB (Société de Transport Intercommunale de la région de Bruxelles) metro trains.

The determined time for excavation of the 150m tunnel is June 2021 and the expected time period of the project’s completion is about 3 years.

Air hammer is started up for HDD by Inrock

Great record for Epiroc in Q1