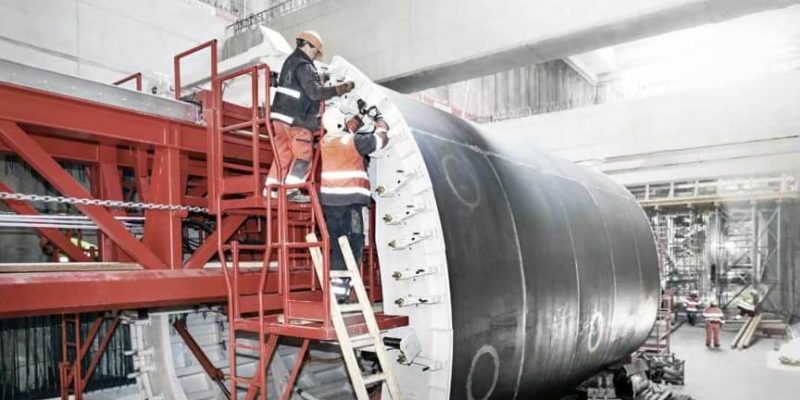 dewatering tunnel contract at german mine

RAG Aktiengesellschaft has granted a contract to a 50-50 consortium comprising Wayss & Freytag and Züblin to construct a new mine water drainage tunnel for the former Ibbenbüren mine in Germany.

The main intention of this contract with multi-million Euro value is to build over than 7km of the tunnel to drain the mine, which closed in 2018, where water has been increasing ‘in a controlled manner’ since the deep dewatering system was shut down.

By application of two tunnel boring machines working from separate access points, the digging process of the 3.6m ID segmentally-lined tunnel will be completed while this tunnel will involve an inverted channel for draining off mine water. A 250m-long section will be excavated as a launch pit, and a 70m-deep central shaft with a colossal 32m internal diameter will also be sunk.

Moreover, in order to link the new drainage tunnel to the available mine shaft at a depth of 100m which is almost filled below the link of the new tunnel and through it the mine water is due to be transmitted to the Gravenhorst treatment plant, this tunnel has to be reinforced.

Estimated date for commencing the construction work is November 2021 and it is planned to be completed by end of 2024.