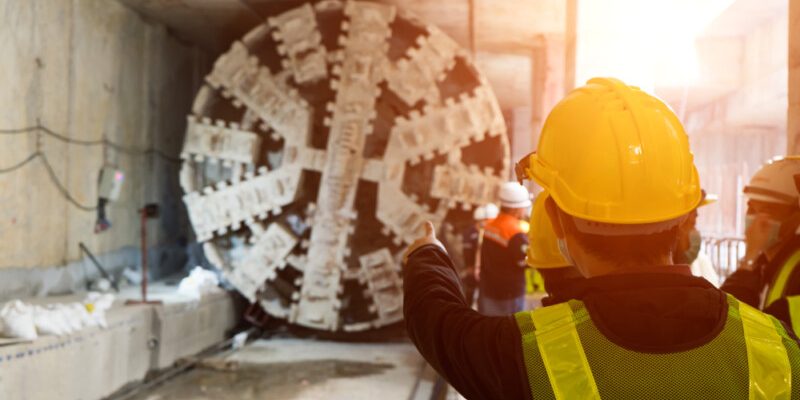 The first of three mini tunnel boring machines (TBMs) for Victoria’s North East Link have arrived on site, marking the beginning of a suite of transport infrastructure works powering ahead over the coming months.

The 40-tonne mini-TBM, which was shipped from Queensland to Melbourne, will dig up to six-storeys underground to help move the 1.8km Yarra East Main Sewer in Bulleen out of the way to allow for the North East Link.

As works take place, there will be a number of lane and road closures on the Eastern Highway, Greensborough Road, Bulleen Road and other roads in and around Bulleen during autumn.

Two water mains in Bulleen and Balwyn North will be relocated to make room for major improvements to the Eastern Freeway as part of the scheme.

North East Connection will bind the M80 to an upgraded Eastern Highway, cutting travel times by up to 35 minutes, keeping vehicles off local roads and generating 10,000 jobs.

In a first for Victoria, each mini-TBM will have remote access functions to enable overseas-based technicians to provide technical support for the TBMs during works, while Australia’s borders remain closed.

Victorian Premier, Daniel Andrews, asserted, “The North East Link not only slashes travel times in Melbourne’s north, south and east – it is creating thousands of jobs and time when Victoria needs them most.

“Over autumn, our massive infrastructure works continue across the state – from the TBM underground in the city centre to the roundabout at the end of your street, we’re getting it done.”

Victorian Minister for Transport Infrastructure, Jacinta Allan, stated, “Our first mini-TBM is getting to work as we get on and build Victoria’s biggest road project.

“Our $80 billion road and rail big build is critical to our recovery from the pandemic – delivering the projects we need for the future, supporting thousands of jobs.”

On top of this important landmark for North East Link, a large amount of work will accelerate during autumn on transport projects across Victoria including the Metro Tunnel, the West Gate Tunnel, the Cranbourne Line Expansion and more than 20 separate level crossing removals.

Cherry Lane, Werribee, will be the next level crossing to go on 11 March 2021, when a new road bridge is opened to traffic. Buses can supplement trains at times on the Ballarat, Geelong, Werribee, Mernda, Craigieburn, Seymour and Cranbourne lines as we get on with these works.

There will be delays for six weeks on the Monash Freeway as part of the second stage of the $1.4 billion expansion with Forster Road closing under the freeway for the secure construction of beams to widen the freeway overpass.

Nightly asphalting would result in lane closures between Warrigal Road and EastLink as part of a huge maintenance program.

In Epping, the O’Herns Road Upgrade, which would add three additional intersections as well as extra lanes to the Hume Freeway, will see the freeway close at the end of March and for two weekends in April and May.

In the south-east, buses will supplement trains between Dandenong and Cranbourne for a week in March as part of the major Cranbourne Line Upgrade which will close the last four level crossings along the line as well as build a brand new Merinda Park Station.

The Metro Tunnel is poised for many breakthroughs, with the major tunnelling operations based on the center of the CBD.

TBMs Joan and Meg will ride from State Library Station to Town Hall Station in the coming months, while TBMs Millie and Alice are travelling the 1.8km from the Anzac Station box towards Town Hall Station.

Act on the Sunbury Line Improvement – which will maximise the benefits of the Metro Tunnel – will see buses replace trains between the city and Sunbury over the Easter long weekend, and on 15-19 May.

Tram track renewal works will take place along Plenty Lane, Preston as well as Spencer Street and La Trobe Streets in the CBD to deliver a smoother ride on Routes 86, 30 and 35.

Upgrades to Victoria’s suburban commuter rail networks as part of the more than $4 billion Regional Rail Revival initiative will see coaches replacing trains on parts of the Geelong, Warrnambool, Shepparton and Gippsland.

V/Line’s annual repair schedule will concentrate on the Warrnambool and Geelong lines for ten days from 26 February, the Ballarat line from 27 April to 7 May, and the Bairnsdale line in late May.