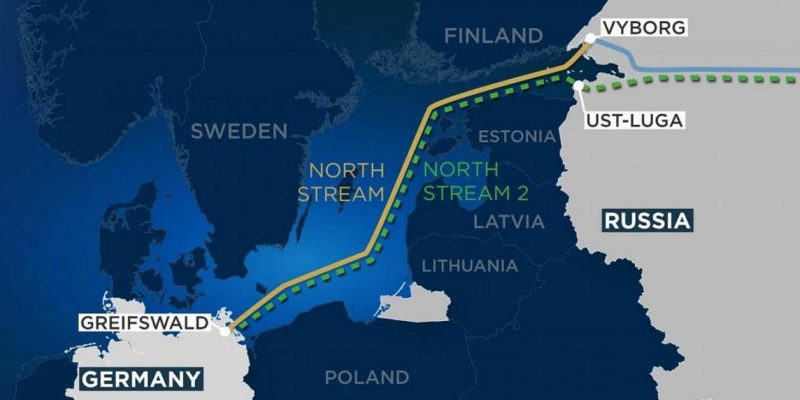 The Nord Stream 2 gas pipeline, which is going to be run between Russia and Europe, is the main issue of negotiation among Europe and Nicholas Burns, an advisor to US President-elect Joe Biden. But first, he stated that the work on the €9 billion project must stop.

According to a report in The Moscow Times, he mentioned: “The Europeans must stop the construction of Nord Stream 2, and the Americans must suspend the sanctions. This will give the new US administration the opportunity to confidentially and calmly speak with the German government and other countries involved.”

The President Donald Trump’s administration, had a tough stance in this regard and convicted Germany and other European nations for accepting gas from Russia by inducing sanctions in 2019. Hence, Nicholas Burns statement has been considered as a slight softening of this stance.

In the last month’s US National Defense Authorization Act publication, spoke of “expansion of sanctions concerning the construction of Nord Stream 2.”

Some companies involved in this project such as, Russian energy giant Gazprom, which is developing the pipeline, as well as Germany’s Wintershall and Uniper groups, the Dutch-British company Shell, France’s Engie and Austria’s OMV who were threatened with finance freezing and visa restrictions when starting the sanctions by US.

In addition, US pressures caused other companies to leave the project.

The 1,200km Nord Stream 2 pipeline – set to run from Ust-Luga in Russia, across the Baltic Sea (on an almost identical route to that of the original Nord Stream pipeline) to Greifswald in Germany.

The efficiency of this project’s completion, will be the transmission of 55 billion m3 of gas per year from Russia to Europe, and reduction in Europe’s domestic gas generation. Meanwhile, US is also solely concerned about its growing trust on Russian energy.

Rohtang pushed NATM to the limits

Gibraltar-Tangier tunnel has discussed by UK and Morocco