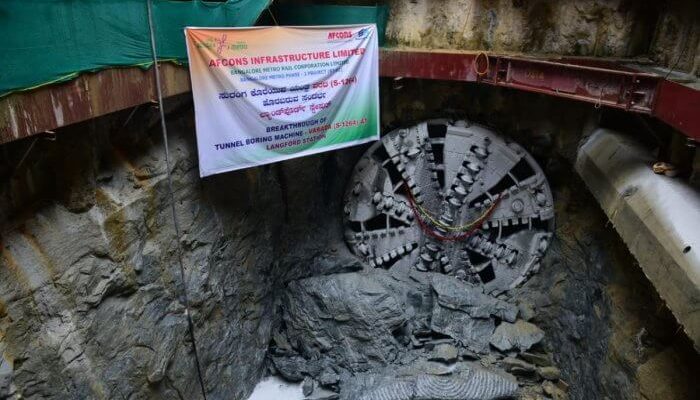 The contractors of BMRCL (the Bangalore Metro Rail Corporation Limited) have placed 13 machines to operate on the 13.76-km underground section, which is a part of the Reach 6 line linking Nagavara with Gottigere which has a total length of nearly 21.5 km. So far, two tunnel boring machines had made breakthroughs in September and October.

TBM Rudra, which started tunneling from the south ramp close to the Jayanagar fire station on April 23 — completed 614 meters of the section.

“Presently, the TBM is driving through the station for further tunneling between the Dairy Circle and Lakkasandra stations,” said in a statement from the BMRCL.

Vardada, another TBM which was launched on March 12 from a shaft close to the Rashtriya Military School (near Vellara Junction) to the Langford Town station, finished construction on a 594-meter stretch.

It was expected from the machine to make the breakthrough in the last week of October, but as stated, because of the challenges in preparing the receiving shaft at the Langford station, the progress was delayed by nearly a week.