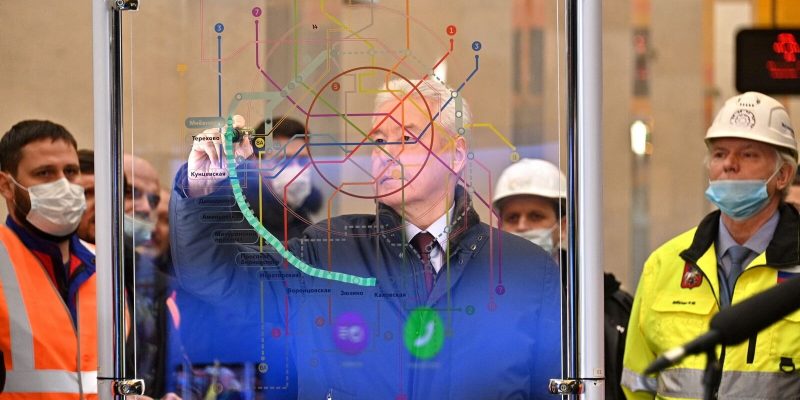 The Moscow Mayor, Sergei Sobyanin, stated that the constructors will complete tunneling the metro’s BCL (Big Circle Line) by the end of this year, thus closing the ring.

In an interview with Channel One, Sobyanin asserted: “The plan is to launch the entire Big Circle Line in 2024. I hope that we will build it much earlier and launch it in early 2023”.

At the peak of constructing the BKL tracks, 23 tunnel boring shields were involved. To construct many sections of the ring at once, a huge number of specialists had to be involved. Consequently, the builders arranged to finish and open 10 new stations at the same time.

Sobyanin claims that the construction of the BCL was compulsory to make a new transport framework for the capital. The historic Koltsevaya metro line which was constructed in 1950, has long since exhausted its capabilities because of a sharp increase in the number of residents and the territory of the city as a whole.

Sergei Sobyanin continued: “The MCC and BCL are essentially creating a new basis for the Moscow transport system. It’s like two new hearts of Moscow’s transport system, they even graphically look like hearts. And they, in fact, create a huge number of transport opportunities and routes within Moscow.”

The launch of new metro stations is going to boost the transport services for 1.4 million Muscovites from 13 districts. The residents’ travel time will be cut up to 35-45 minutes.

Once operational, the project will create the possibility of transferring from the new section to Arbatsko-Pokrovskaya, Filyovskaya, Solntsevskaya, Sokolnicheskaya, Kaluzhsko-Rizhskaya, and Serpukhovsko-Timiryazevskaya lines, plus the under construction MCD-1 and MCD-4 . after completion, there will be a transfer from Novatorskaya to the station of the same name on the promising Troitskaya metro line .

Already, 22 stations have been opened on the BCL by now, and the overall construction readiness is 88%.

The Big Circle Line will become the longest subway ring line in the world, overtaking the existing champion – the second ring line of the Beijing subway (57 km). Its length will be 70 km, 31 stations, and three electric depots will be located on it.

Passengers will have access to transfers at 20 stations of 11 other metro lines, four transfers at the station of the Moscow Central Circle, six transfers at MCD-1 “Belorussko-Savyolovsky” (Odintsovo – Lobnya) and MCD-2 “Kursko-Rizhsky” (Nakhabino – Podolsk), 11 changes on the railway line.