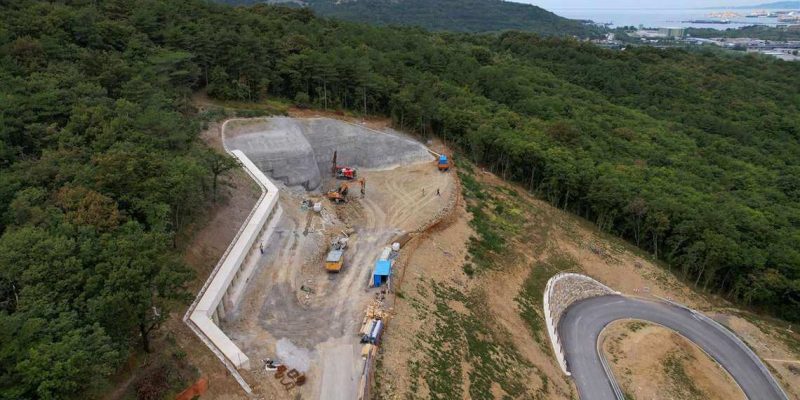 The CPG consortium has begun boring work on two tunnels as part of an essential project to build a second railway line between Divača and Koper in Slovenia.

The line between Divača and Koper will feature more than 20km of tunnels and bridges.

The CPG consortium which includes the Turkish firms Yapi Merkezi and Ozaltin and Slovenian construction company Kolektor CPG, will build a 1,154m-long tunnel over the Osapska valley and a 3,808m-long tunnel in Dekani, as part of its €628 million contract.

Whenever finished, the 27km line between Divača and the coastal city of Koper, will comprise seven bridges, with a total length of over 20km – some 75% of the line’s length.

T1, which is the longest tunnel, will extend for over 6.7km. The tunnels, along with two bridges and two viaducts, are needed because of both the rugged terrain along the route and environmental considerations.

The mentioned line is being developed under the auspices of 2TDK, a firm founded by the Slovenian government in 2016. It is going to become part of a network offering a better link between the capital Ljubljana and the coast, and also part of the wider TEN-T (Trans-European Transport Network) corridor.

The total investment on the project is measured to be nearly €1.2 billion, with the European Investment Bank funding €250 million and the European Union €153 million, through its Connecting Europe Facility.

According to the reports, up to €417 million will be supplied by loans from international financial institutions and commercial banks.

It is said that the Slovenian government will finance about €522 million for the project.