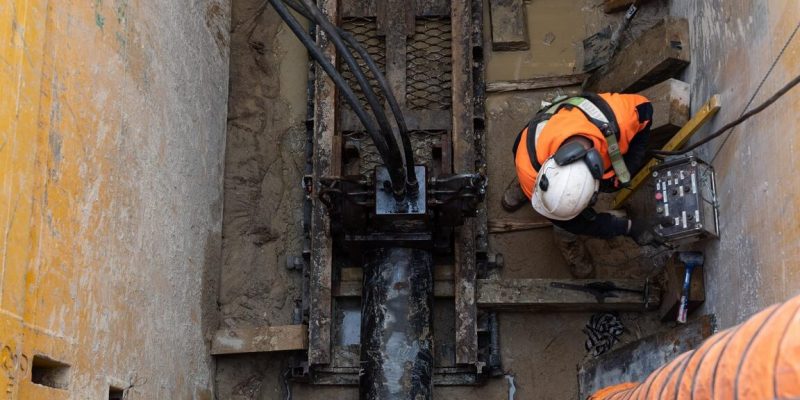 Only 32cm in diameter, a remote-controlled TBM is presently excavating under the roads of Clayton as a component of the development of Suburban Rail Loop (SRL) East, among Cheltenham and Box Hill.

The sewer movement deals with Dunstan Street, Clayton kicked off a gigantic program of introductory and early works and the teams are utilizing innovation extraordinarily intended to limit the local area disturbance.

In the following 6 months, the TBM will dig a small tunnel (630 m) for the new sewer at a profundity of around 5 m underground and at the breaking speed of 3.75 m/h.

The machine isn’t just less disruptive than exposing pipe in a channel, yet in addition more productive. It will move between a series of shafts, and as each section is dug, the shafts will be closed – with just a manhole staying noticeable.

The mini machine works at a similar guideline as huge scope custom TBMs, which will excavate the SRL East twin tunnel from 2026.

The Suburban Rail Loop station at Clayton will turn into a vehicle super hub – connecting travelers to the current Metro line and linking regional Victorians to SRL at the new rail interchange. For additional data please check this link.