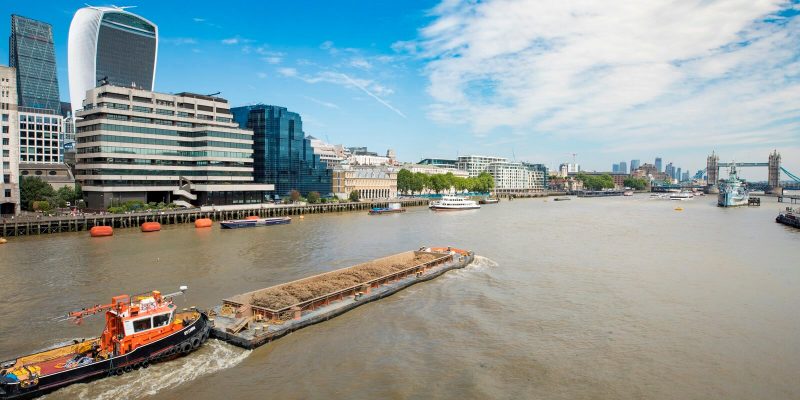 Five million tons of material down the River Thames has been transported by Tideway in its construction of the super sewer in a bid to reduce carbon emissions.

Form the beginning of tunneling, 98% of material bored from the key tunnel has been moved by river from Tideway’s foreshore sites.

Only one of the greatest 1,600t barges can transport as much material as nearly 100 lorries.

The total fleet for the project’s central section is also currently powered with biodiesel, a sustainable and ultra-low emission fuel that is made of a feedstock of waste vegetable oil.

Walsh, the marine freight specialist moved over one million tons of tunnel spoil from Tideway’s eastern section to Rainham Marshes in April this year. Rainham Marshes is the place where Land & Water, the civil engineering company is delivering a wildlife habitat creation scheme along the Thames Corridor.

In addition to the boring material, TBM Selina used to make the final stretch of the super sewer was also moved to Tideway’s Chambers Wharf site in Bermondsey by the River Thames.