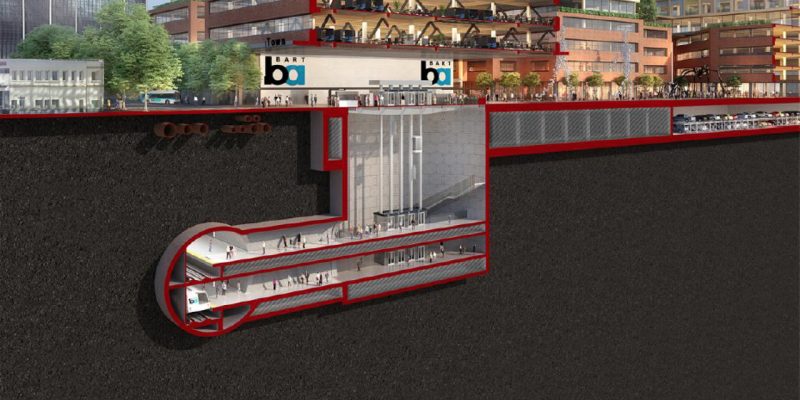 The successful team will construct and design the 13.1m-ID, 8km long tunnel to station audit connections, plus emergency and ventilation egress facilities, as well as support-of-excavation substructures for three underground stations.

The other three contract packages which is going to be delivered through design-build contain the contract for the build-out of three underground stations with above-ground entrances and ticketing; the systems contract; and the above-ground station and rail yard.

BART (Bay Area Rapid Transport) Phase II Extension Project which is six-mile is going to extend southwest from the currently opened Berryessa/North San José Station, with three more underground stations in San Jose and one above-grade station in Santa Clara. Five miles of the alignment will be underground.

Construction is scheduled to start in 2022, with substantial construction completed by 2028.