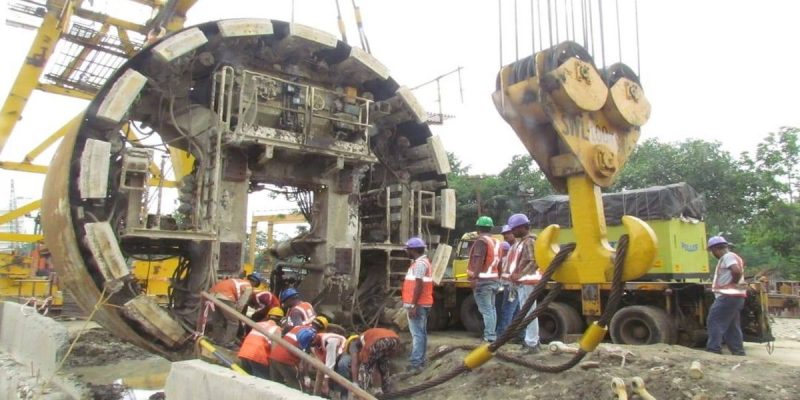 The final path of East-West Metro tunneling is going to be initiated in KOLKATA on Monday. The tunnel boring machine (TBM) has been renovated for accessing a warranted and glitch-free excavation and filling the last 800m gap of the west-bound tunnel.

On August 31, 2019, the Chundi TBM encountered to an aquifer at Bowbazar, so the TBM called Urvi is going to finish the rest of the west-bound tunnel that was left unfinished by Chundi. Once this is done, the main construction for the beleaguered East-West Metro project that has been saddled with multiple setbacks will be over. 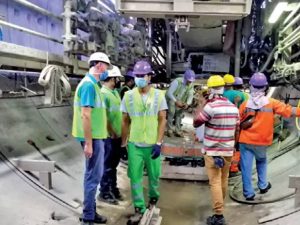 The east-bound tunnel has been excavated on October 9, then the Urvi was disassembled in a depth of 17m below the ground and risen up from the underground Sealdah Metro station for immense overhauling. The Urvi is the first TBM, which is going to be refurbished for the completion of the imperfect work of its twin.

“Therefore, it has undergone thorough refurbishment for more than a month, with some of its parts being replaced” stated a senior official of Kolkata Metro Rail Corporation (KMRC), implementing agency of the project. The tailskin brushes that, ban the water inrush into the tunnel while digging, are the samples of the parts of machines which have been changed.

The Durga Pithuri Lane off Bowbazar is the location where, over 20 houses have been dropped due to the large-scale subsidence because of the August 31 accident. Meanwhile, the other TBM, Chundi, was released defunct at the same place. KMRC stated: “So, Urvi, even after building the east-bound tunnel, will now dig another 800m back to Durga Pithuri Lane to complete the west-bound tunnel.”

The ITD ITD-Cementation that is responsible for construction of the twin underground tunnels between Esplanade and Sealdah, commissioned both the TBMs which are made by German manufacturers Herrenknecht. On 8 January, the TBM’s cutter-head and other parts were checked by ITD’s chief tunnel engineer Suvajit Besai and mechanical head Jyotirmoy Pramanik before they were assembled back for digging. Second day excavation will be the primary drive for Urvi and the fundamental driver is going to be started within a month.

While the major effective parts of TBM, with the cutterhead, front body, middle body and the tailskin is only 9m, the whole TBM is actually 75m long, so the initial drive is important. When a 75m space is made by excavation, and the entire machine is accommodated inside, the rest, backup gantry, will be attached to the main TBM. 9th of January is the determinate date for assembling the main 9m part of the TBM.

After years on ice, the $7bn proposal for new Japan undersea tunnels heats up