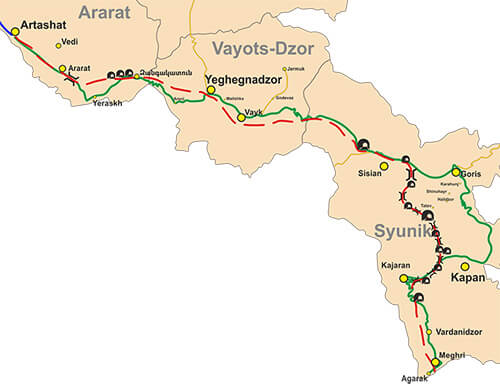 In order to construct the Sisian-Karajan road with 60km length and comprising of five tunnels, the Armenian government has started up the pre-qualification tender.

These five tunnels, with one tunnel measuring 8.6km, are due to figure over 12km of the Sisian-Karajan road, while the road will also include 27 bridges.

Because of the project’s 487bn dram (US$1bn) value, it considers as Armenia’s largest investment since the country gained independence from the Soviet Union in 1991.

The estimated date for assigning a building contractor by the government is the end of the current year.