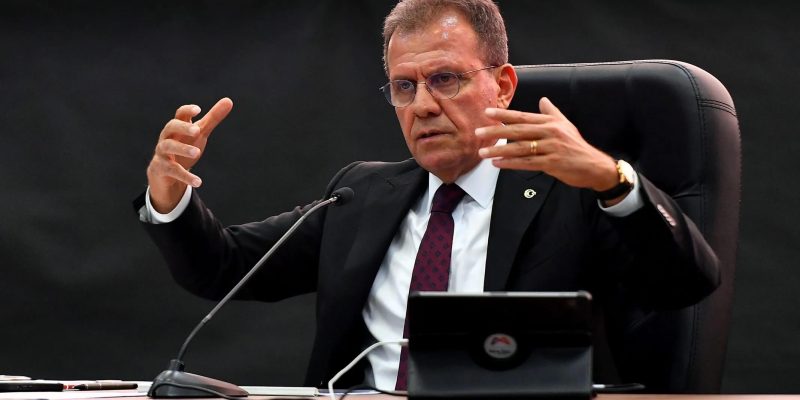 “There won’t be any parking difficulties in Mersin Center.”

“We have seen that the construction of a 2-story 400-car parking lot is sufficient and appropriate,” Seçer said, noting that they also considered the ground condition in their revision of the parking lot in the Nüzhetiye District of Akdeniz district at the Assembly Meeting. This is at the administration’s discretion. Furthermore, the National Estate did not assign us this location. This was already a municipality-designated area. We simply desired a change in status. He also stated that “National Real Estate gave a public property to a public institution in return for a certain rent.”

“There is no technical or bureaucratic defect in the metro project”

At the Assembly Meeting, President Seçer stated, “This Metro construction will eventually come to an end.” It ends with a year delay, with a two-year delay, but finally it ends. This is an important project for Mersin. Let us demand that the Central Government recognize our rights. If Mersin pays taxes in fifth place and contributes to the state budget, it should receive the same amount as the budget allocated to other provinces. Noting that the metro project has no technical or bureaucratic problems, Seçer stated that delaying the signature is incorrect for these reasons.

Seçer said, “We, as a municipality, are about to finish the first sunk output.” He pointed out that the Highways did the sinkings in many cities, but the Highways in Mersin made one sink. We took one-half delivery and completed it. We completed four of them and put them into service. If you didn’t know, we’ll put one in service this weekend at the most, or next weekend. We’ve already opened a section of it. Why don’t construct the Taşucu eşmeli Link Road? We may hold different political opinions, but Mersin should be our common denominator.”

Progress in Headwall of the HRBT Expansion Project