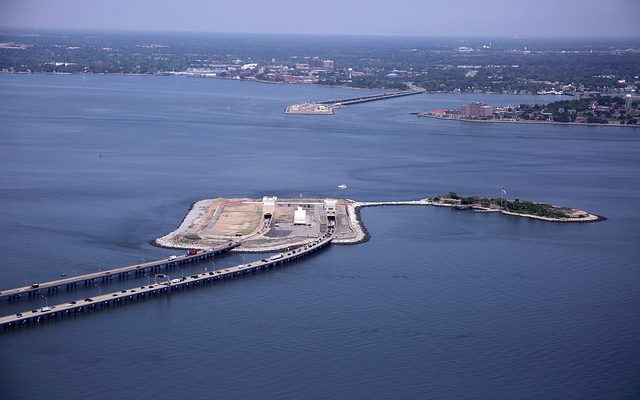 HAMPTON, Va. (WAVY)-The Project Director for the extension project of the Hampton Roads Bridge-Tunnel reports that crews are making strides towards completion of a target in 2025.

Simultaneous construction work will take place to install new twin tunnels, repair or restore bridges, and extend the road from Settlers Landing Road in Hampton to the Norfolk I-564 interchange.

In addition, construction on the South Island will also begin as teams continue to build the Tunnel Boring Machine (TBM) launch pit, a 46-foot diameter machine that will bore the new twin tunnels between the South and North Islands under the Hampton Roads Waterway, VDOT said.

The director said in a news release that a rebar cage made of fiberglass-reinforced polymer or FRP bars would strengthen the concrete for a deep underground wall covering the TBM launch pit.

Instead of standard steel rebar, FRP is being used in places where the TBM can dig into the wall when the tunnel digging starts, VDOT said.

When the island is extended to adopt the current twin tunnels, the North Island will receive the largest adjustment.

In order to help construct the new bridges from the Hampton shoreline to the North Island, crews will also build a work base that will include a road for transporting cranes and machinery.

A Virtual Outreach Event will be organized by the Virginia Department of Transportation on Thursday, Jan. 28 from 5:00 p.m. Up to 6:30 p.m.

“Construction moves forward to prepare the launch pit for the TBM, expand the islands, build new trestle bridges, and widen the interstate within the project corridor. With all of the work happening simultaneously, we can expect to see a lot of activity in the coming months. As construction activities increase, please stay alert to crews working along the interstate. We are excited to continue to share monthly project information in upcoming newsletters.”