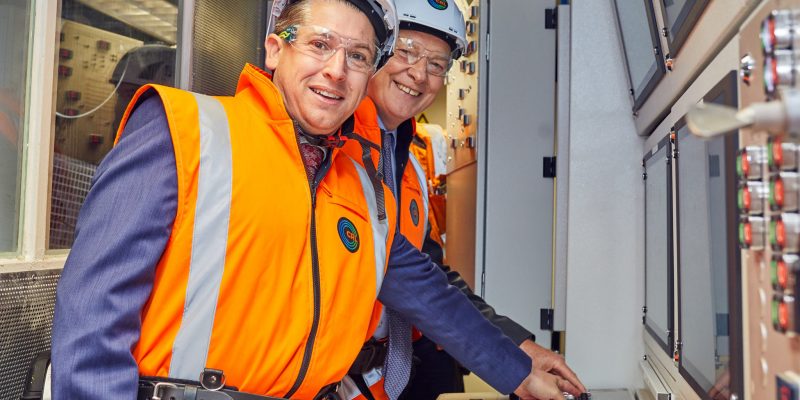 The official unveiling of the 7.15m diameter Herrenknecht EPBM, Dame Whina Cooper, at the project’s Mt Eden site today marked a significant move forward in completing Auckland’s 1.6km long twin-tunnels for the City Rail Connection. Last inspections are now being carried out until the TBM begins full-scale boring in mid-May.

The first 50 meters of tunnel at Mt Eden have already been mined to make space for the 130-meter-long TBM’s front parts. Dame Whina Cooper will excavate 1.6 kilometers under the Central Motorway Junction and Karangahape Road into central Auckland, connecting to the CRL tunnels that have already been built from Britomart Station.

The TBM is expected to finish the first tunnel by the end of the year. It will then be returned in parts to Mt Eden and planned for its second tunnel drive next year.

The launch, according to Transport Minister Michael Wood, is a “exciting achievement” for New Zealand’s largest-ever transportation infrastructure initiative – “one that is boosting our economic growth and supporting employment.”

“Building infrastructure like the City Rail Link is part of our COVID-19 economic plan – this project is providing real jobs and opportunities for thousands of Aucklanders. It’ll give us a step-change in our public transport and cultivate a diverse and highly-skilled workforce,” Mr Wood states.

“A lot of work hours in some pretty demanding conditions have got us here today.  Dame Whina Cooper will have its first encounter with some real dirt very soon,  an encounter  that shows the project remains on track despite the challenges thrown up by covid in the past year or so,” Dr Sweeney states.

The Crown and Auckland Council are funding the $4.4 billion CRL programme, which will improve the city’s rail network. Trains would be able to operate more often, faster, and accommodate more passengers, doubling the number of people who live within 30 minutes of central Auckland, New Zealand’s largest work centre.

Environmental ratification for the Fehmarnbelt project