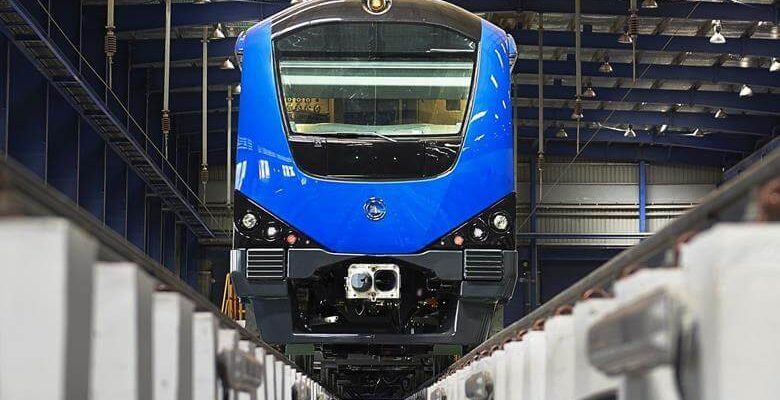 Being constructed under Phase II of the Chennai metro program, the 1 435 mm gauge Orange Line will run for 26 km from Poonamallee Bypass to Light House, serving 18 elevated and Ten underground stations.

The 25 kV 50 Hz trainsets are going to be designed for unattended operation at a max speed of 80 km/h. The contract revealed on November 11 contains staff training.

As Alstom expressed, the trains would be 100% indigenously manufactured, in line with the government’s Make in India vision. Producing will be done at the company’s Sricity plant, which has an annual capacity of 480 vehicles.

Earlier, Alstom supplied 208 cars for Phase I of the metro program, which covered the 33 km Blue Line connecting the airport to Wimco Nagar, and the 22 km Green Line from Chennai Central to St Thomas Mount.

Olivier Loison, the Managing Director of Alstom India, stated: “Our manufacturing journey in India began with the trains for Chennai Metro Phase I in 2014, which was also the first rolling stock order win for us in the country.”

He also added: “This new win brings us immense pride and we are honored to be reliable partners in improving Chennai’s urban transportation network.”