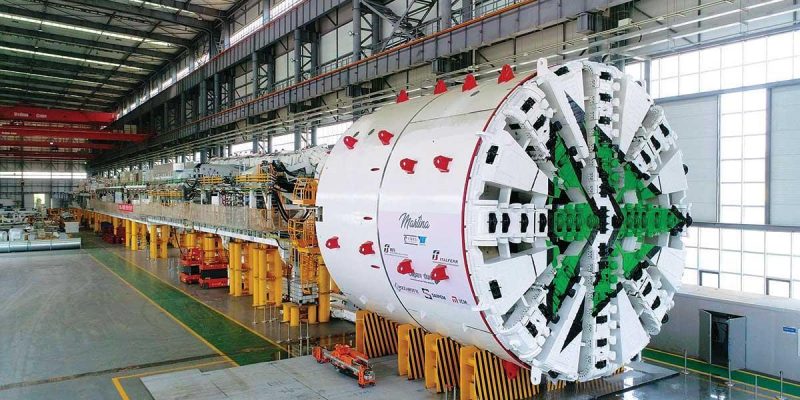 The 48km Brescia Est to Verona high-speed railway in Northern Italy has officially started its construction once CREG’s TBM Martina was launched. A high-profile ceremony held at Lonata del Garda was attended by local and national dignitaries.

The west-east line which worth US$2.9bn will share 8km of its length with the current Milan-Venice line and will follow the A4 motorway for 30km. It is going to connect towns in the east of Verona with Mazzano and will provide a total of 10.2km of tunnel.
The project has been awarded to Consorzio CEPAV Due including Saipem (59%), Impresa Pizzarotti (27%) and Gruppo ICM (14%), by owner Italian Railways (RFI).

This is the first TBM that CREG (China Railway Engineering Group) has exported to Europe. The 10.03m diameter EPB TBM will bore the 7.95km twin-bore tunnel from Desenzano del Garda to Lonato del Garda with the two tubes located at 30m centers. Overburdens will range from 5 to 80m in a geology which is expected to be basically cobblestone and silt but with some boulders, plus glacial sediments. The machine has been designed with two screw conveyors to operate in high earth and water pressures. Where pressures are below 2bar it will switch to single-screw mode.

Moreover, a section of the overall project is building two other shorter tunnels: the San Giorgio tunnel and the Frassino tunnel.
It is expected to have the line completed by 2023.