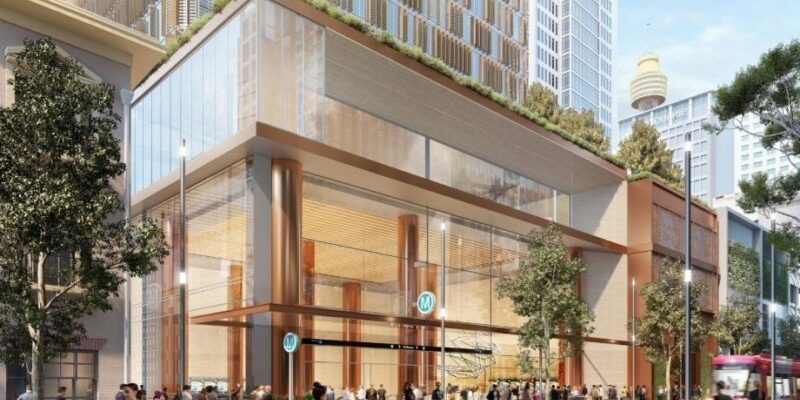 Building nine new metro stations among Westmead and Hunter Street in the CBD (pictured) and their surrounding precincts, are the plans for the next phase of the Sydney Metro West project, which are now undergoing.

The main intention of this project is to increase the rail capacity between Greater Parramatta and the Sydney CBD and make the journey time between the two centers about 20 minutes.

The commencing date of this project was in 2020 at The Bays, to let tunnel boring machines to break the ground in 2022.

The first major planning approval of this project with the concept of station excavation and tunnelling between Westmead and The Bays, has been received in March 2021.

A Scoping Report, lodged with the Department of Planning, Industry and Environment, is seeking approval for major building works including: fit-out of the twin railway tunnels, construction of the new stations and service facilities, building the station precincts and operating the new underground metro line.

While the intended report presents data on suggested works and outlines the next steps in preparing a detailed Environmental Impact Statement, which is due to be revealed for community feedback in early 2022, Sydney Metro will pursue to engage with stakeholders and the community throughout the process trying to make Sydney Metro West project information as easily accessible.

Commencing a competition to build Tesla of tunnel boring machines