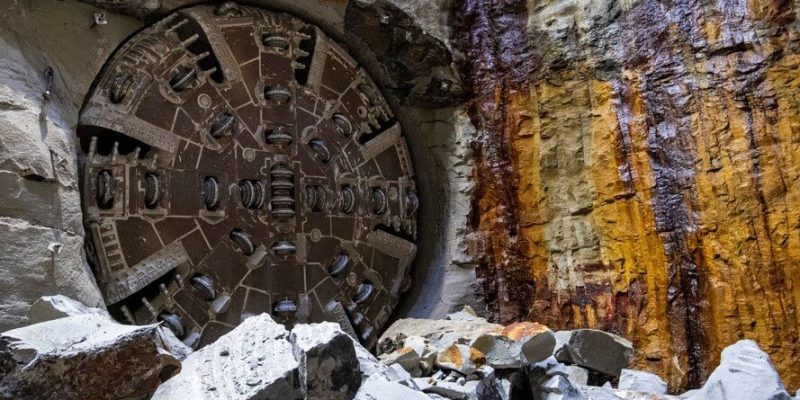 Resulting the determined plans for the 24 kilometers of twin tunnels that stretch from Westmead to Hunter Street in the Sydney CBD, Sydney Metro has received the green light for tunneling between The Bays and Sydney CBD.

The intended scheme which includes delivery of twin tunnels from The Bays into the heart of the Sydney CBD with 3.5 kilometers length and located beneath Johnstons Bay and Darling Harbour, that commence digging on Pyrmont and Hunter Street stations.

While the tunnel boring machines are going to be launched at The Bays they will drive beneath the harbor, alongside Anzac Bridge, before heading to the new Pyrmont Station, then under Darling Harbour before reaching Hunter Street Station in the Sydney CBD.

The tunneling operation of mega tunnel boring machines below the iconic harbor will be their second experience, whereas the finished metro line will mean a second under-harbor rail crossing.

Doubling rail capacity between Greater Parramatta and the Sydney CBD, this line is the final tunnel section for the new 24-kilometer metro line.

In order to tunnel between Westmead and The Bays, two major tunneling contracts have already been concluded, while the scheduled date for commissioning the tunnel boring machines is the end of the current year.

Additionally, the last tunneling contract for the final section of the tunnel between The Bays and Sydney CBD is due to be awarded by the end of the year.

The date of beginning the construction process of the Sydney Metro West project was 2020 and it is planned to be completed by 2030. Therefore, in 2030 Sydney will have a network of four metro lines, 46 stations, and 113km of new metro rail.