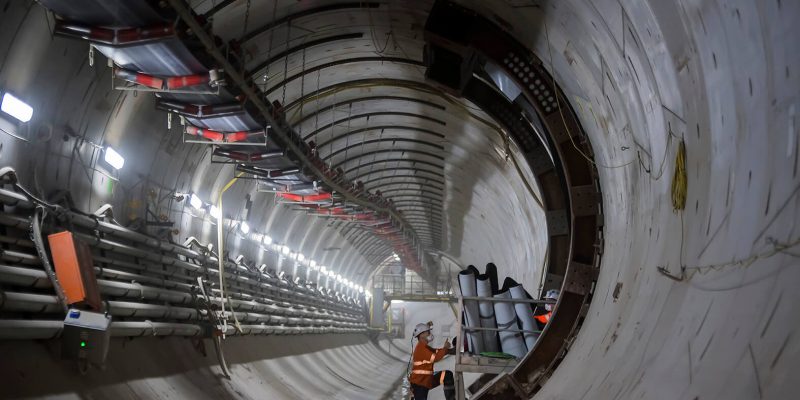 The tunneling and digging process on the Sydney Metro City and Southwest project in Australia, has been completed by John Holland CPB Ghella joint venture.

Delivery of a key section of the city-shaping Sydney Metro project by this joint venture done after four years of works.

While the route beneath the Sydney central business district (CBD) toward the southwest hosted four Herrenknecht Double Shield machines to excavate 14.5km of twin tubes with 6.96m diameters, the tunnel below the harbour with 900m length and 7.04m diameter, was dug using a Herrenknecht Mixshield machine due to the heterogeneous geology and high water pressure in this section.

The 99,000 tunnel lining segments for the project were manufactured at a pre-cast facility at Marrickville.

The other responsibilities of joint venture in this project involve:

The expansion of Sydney Metro City and Southwest will be 30km of metro rail and will stretch from the end of Metro-North West Line at Chatswood beneath Sydney Harbour, through new CBD stations and southwest to Bankstown. The inauguration date of seven new metro stations and 11 upgraded stations is 2024.