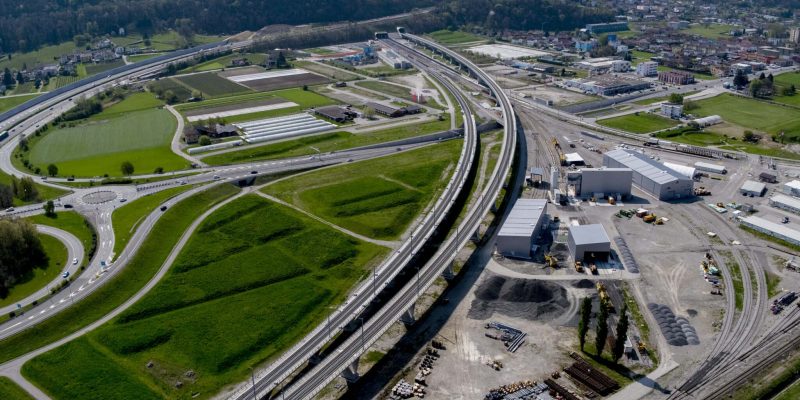 The 15.4km Ceneri Base Tunnel (CBT), was officially opened on 4 September after 10 years of construction work, in Switzerland. Its completion forms the 3rd and final component in the US$25 billion NRLA (New Rail Link through the Alps) flat route connecting northern Europe to the Mediterranean.

The US$3.9 billion CBT, constructed by Alp Transit Gotthard, which is anticipated is going to enter service in December 2020, has been driven through Monte Ceneri. It replaces the older, higher-altitude tunnel on the steep surface railway and is going to be used to raise rail freight, reduce the amount of road haulage in the country and so eliminate CO2 emissions. Its conveyance capacity in a day is expected to be up to 180 passenger trains and 170 freight trains.

The twin bore CBT was excavated almost fully by drill and blast. Its 8.5m-diameter twin tubes lie nearly 40m apart and are linked by totally 46 cross passages, one every 325 m. Maximum overburden is almost 1,040 m.
The final piece in the NRLA jigsaw puzzle is the completion of the CBT which also includes the 34.6km Lötschberg tunnel and the 57.1km Gotthard Base Tunnel (the longest rail tunnel in the world). 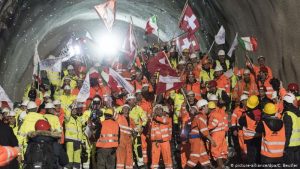 The three-tunnel New Rail Link through the Alps system will enable continuous rail travel without technical hindrance from Rotterdam to Genoa – a distance of 1,400km. Trips on the new flat route will no longer need the assistance of a pushing locomotive through Switzerland. The travel time between Zurich and Milan will be alleviated by approximately 60 minutes to three hours.

“It’s the last part of the puzzle. The goal to have a flat rail link through the Alps has now been realized,” stated Swiss Federal Railways (SBB) CEO Vincent Ducrot.

Manila Subway Line Dubbed as “The Project of the Century”