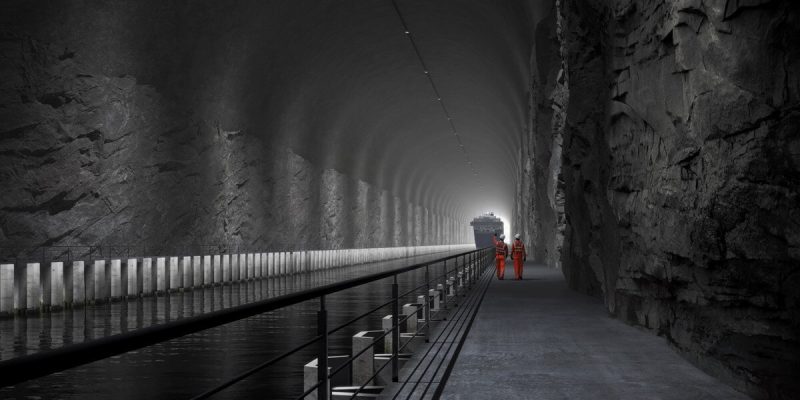 In accordance with the Norwegian Government’s confirmation, the EUR 7.23 million (NOK 76 million) budget was set aside for the Stad ship tunnel in 2023. Following approval of the construction and financing of this project in May 2021 by Storting (Norwegian Parliament), the preparatory work was commenced including surveys, expropriations, regulatory work, plans for the handling of the spoil, etc. The basis of competition for the construction of the Stad Ship Tunnel, is currently preparing by Norwegian Coastal Administration.

The determined plan is to announce the work as a major fixed-price design and construct contract, which is due to be acquired after a competition with negotiation, while its scheduled date will be after the summer of 2023. On Tuesday 31 January, the Norwegian Coastal Administration is inviting potential suppliers to a conference at the Radisson Blue Airport Hotel at Gardermoen, to ensure that the basis for the competition is as good as possible and to prepare the contractor market for the coming competition.

The intention of holding this conference, which will be held in Norwegian and will require physical attendance (it will not be transmitted digitally), is to prepare the contractor market for the coming competition and facilitating dialogue on contract strategy and the basis for the competition. In order to presenting the project and the process to relevant suppliers, as well as finding solutions, technology and alternatives, this market dialogue is important. It is about ensuring that the basis for competition does not exclude good alternatives and solutions. The technical equipment must be able to withstand sea water, corrosion, fog – conditions that are totally different to those in a normal road tunnel.

Applying the new guideline that rock spoil from the ship tunnel is to be used to develop commercial projects in the immediate area, is one of the new considerations comparing to the previous supplier conference, that was held in September 2021. While in the previous plan, massive quantities of rock spoil were to be dumped on the seabed in the Molde Fjord, currently contractors are instead encouraged to find effective solutions for transporting about 5.4 million cubic meters of blasted-out rock spoil for use in piers, jetties, harbours and other commercial projects in the immediate area.

Considering that the aim is to sign a contract early in 2024, so the date of commencing construction process can be first part of 2024. For more details on this project please click here.