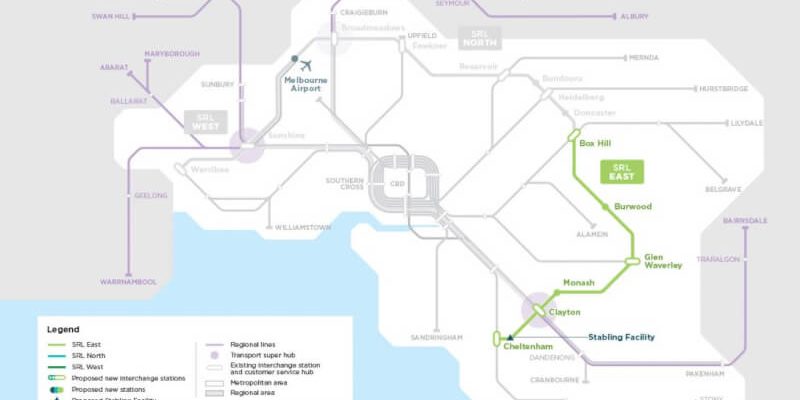 Receiving more than 360 submissions and saw an independent panel hear from 47 witnesses over 39 days of public hearings, SRL’s Environment Effects Statement (EES) planning process has resulted in changes that are going to benefit the community during construction and operation.

By ratifying the recommendations of the Inquiry and Advisory Committee, the environment, and climate change minister has cleared the way for the necessary planning approvals.

The twin tunnels with 26km length and six new underground stations between Cheltenham and Box Hill in Melbourne will be the delivery contents of the SRL East project, while the determined date for the new line to be operational will be 2035.

According to the minister’s surveys, most operational impacts had been removed by putting the line underground and the environmental effects of SRL East had been identified and carefully considered.

Over 850 geotechnical investigations, 10,000 lab tests, hundreds of expert studies, extensive stakeholder consultation, and feedback from more than 20,000 people informed the design development of Suburban Rail Loop East and the EES.

Commissioning the program of initial and early works, construction on SRL East commenced in June, while the utility protections, the initial and early works are due to include road modifications, service relocation, and preparation for three sites where the TBMs is going to be launched. Starting the tunneling operation in 2026, up to 10 TBMs will be used in the project.

The project has attracted expressions of interest from five bidders:

Although the number of bidders who will move through to a Request for Proposal process later this year is due to be three, from there two will be awarded tunneling contracts. The first will be announced next year.