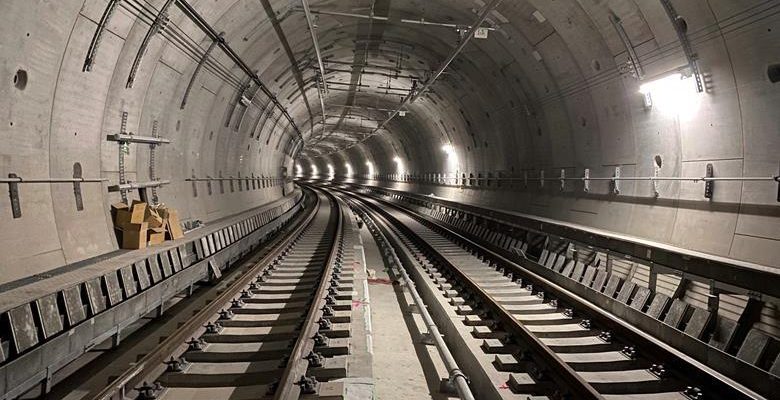 On 8 July 2022, with the attendance of representatives from the two railways and the Japan Railway Construction, Transport & Technology Agency, the completion of tracklaying on the link line connecting the Sotetsu and Tokyu railways was done with a ceremony at Shin-Yokohama.

Stretching northeast from the Sotetsu network at Hazawa Yokohama-Kokudai via Shin-Yokohama and Shin-Tsunashima to join the Tokyu Toyoko Line at Hiyoshi, 13·6 km from Tokyo’s Shibuya hub, the 10 km underground line has been constructed by JRTT under an innovative public financing agreement. It will enable the two private railways to operate through services from Kanagawa prefecture and western Yokohama to central Tokyo from March 2023. 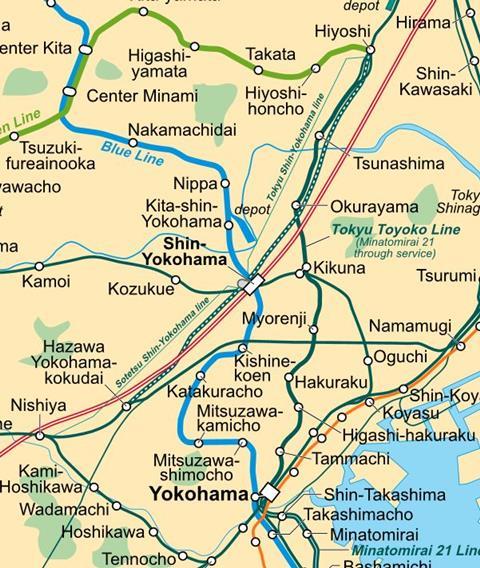 Shin-Yokohama is due to act as an end-on junction, where crews will change on the through services, while it is located beneath the Tokaido Shinkansen station and will be both railways’ first interchange with the national high-speed network. It will also provide connections to JR East’s Yokohama Line and Yokohama Municipal Subway’s Blue Line. 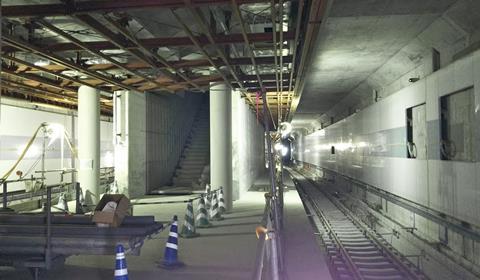 Once a 2·1 km connection between Nishiya on the Sotetsu Main Line and the JR Tokaido Freight Line at Hazawa Yokohama-Kokudai was completed in November 2019, the Sotetsu-Tokyu Link forms the second phase in this complex project. That allowed the start of through running from Ebina and Shonandai to Shinjuku, worked jointly by Sotetsu and JR East. Considering that they operate over 19·8 km of Sotetsu tracks, and 32·7 km on JR East, these trains present an end-to-end journey time of 72 min, with two trains/h for most of the day and four in the peaks. 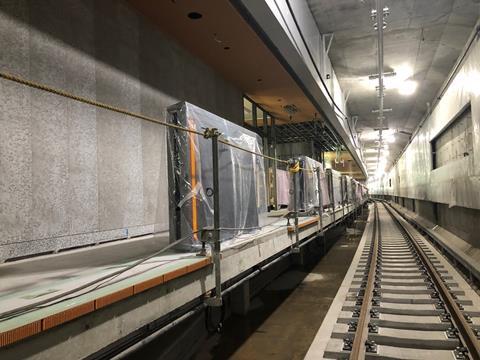 Due to the inauguration of the Sotetsu-Tokyu Link it is estimated to reduce the Futamatagawa – Meguro journey time from 54 to 38 min, comparable with today’s best timing of 44 min from Futamatagawa to Shinjuku, whereas Yamato to Shin-Yokohama is going to be cut from 42 min via a change in Yokohama to 23 min by direct train. 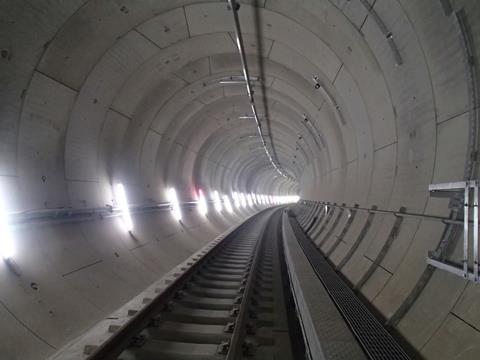 In order to prevent high property prices and rental costs, the commencement of direct Sotetsu-Tokyu services is expected to make the area northwest of Yokohama more attractive for businesses relocating from central Tokyo. Various urban redevelopment projects are already in progress along the Sotetsu network, in anticipation of residents moving out of inner Tokyo for the same reason.