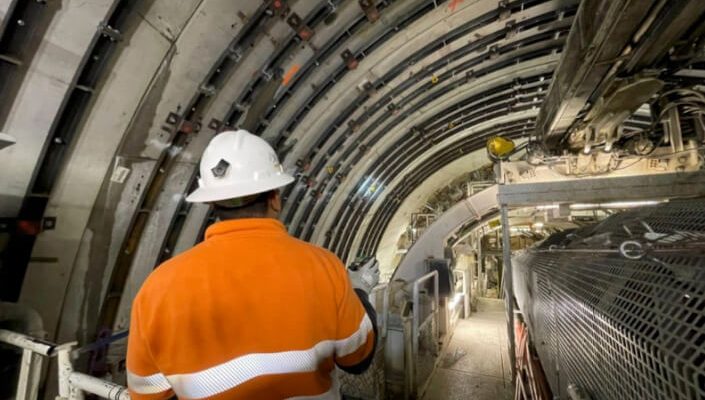 Following that the TBM reached the location of the new underground power station cavern, excavation process has been completed on the first tunnel for Australia’s Snowy 2.0 hydro project.

In order to creating the main access tunnel at Lobs Hole in the Snowy Mountains in New South Wales, TBM Lady Eileen Hudson with 11m diameter has dug 2.85km.

According to Snowy Hydro acting CEO Roger Whitby: “The tunneling achievement was a significant milestone, with Snowy 2.0, a 2,000MW pumped hydro expansion of the Snowy Scheme, set to underpin the Australia’s transition to renewables.”

“This is our first new major tunnel excavation in decades, since construction of the original scheme, and it gives us access to the site where we will create the enormous cavern 800m underground that will house our power station. The TBM Lady Eileen Hudson and our teams from Snowy Hydro and contractor Future Generation Joint Venture have done a great job to complete this critical tunneling task,” added Whitby.

While the TBM is being dismantled at the moment, it is due to be moved to the Talbingo adit where it will be reassembled with some new components for excavation of the 6km tailrace tunnel.

In order to boring the cross passages and tunnels to gain access to the power station complex, which is going to include a 251m-long, 52m-high machine hall cavern and 223m-long, 46m-high transformer hall cavern, drill and blast activities are ongoing, whereas dismantling of the TBM conveyor belt gets under way in the main access tunnel.

Benefiting 27km of tunnels and a power station with pumping capabilities, the Snowy 2.0 project will connect Tantangara Reservoir (top storage) with Talbingo Reservoir (bottom storage) , that will result exact release of water for energy generation at times of peak demand and then pumped back to the top storage when there is excess renewable energy in the system, ready to generate again.

The organization in a statement on its website says: “As anticipated, the ground conditions encountered by the TBMs on Snowy 2.0 have been highly variable, ranging from soft, sandy ground to extremely hard rock. The Snowy 2.0 teams have been working collaboratively to safely navigate the softer ground conditions experienced at Tantangara, including high groundwater inflows. As part of the tunneling process we probed in advance of the TBM, identifying the soft ground ahead, and then consulted with our expert design consultants to plan for stabilization works. TBM Florence has been specifically designed to encounter these variable ground conditions.”

Also, in order to ensuring stability and manage groundwater inflows, consolidation grouting around the perimeter of the headrace tunnel, and internally, and installation of steel ribs to reinforce the concrete segmental lining in the soft zone, have been carried out, while additional instrumentation to monitor ground performance has also been installed.

Considering that the Snowy Hydro expects variable and soft ground conditions to occur in sections of the 17km-long headrace tunnel, further ground improvement works will be carried out where required.

Selecting a Leadership for ITA

The Brenner Base Tunnel at the European Parliament