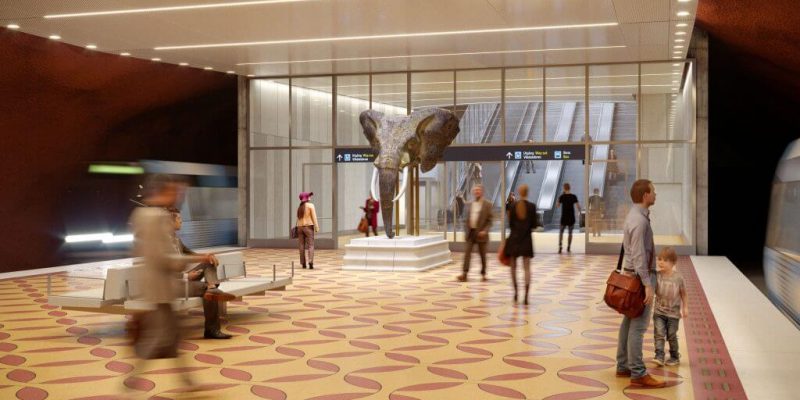 The Stockholm Regional Council granted the contract to construct a new stage of Stockholm’s metro in Nacka, Sweden, which’s value is SEK1.2bn (£100M), to Skanska.

Building a new metro tunnel with almost 1,200m length including platform space and two ticket halls for Nacka station, is subset of this project.

This is part of the enlargement of the new metro’s Blue Line, where Nacka is the last stop on the eastern extension, while working on rock tunnels and shafts, earthwork in the tunnels, concrete work, temporary installations and temporary traffic diversions, are also this contract’s sections.

Reducing climate impact according to the CEEQUAL environmental certification system, will be the main intention of this project.

The determined schedule for this project is commencing work process in 2022 and completing it by 2026.