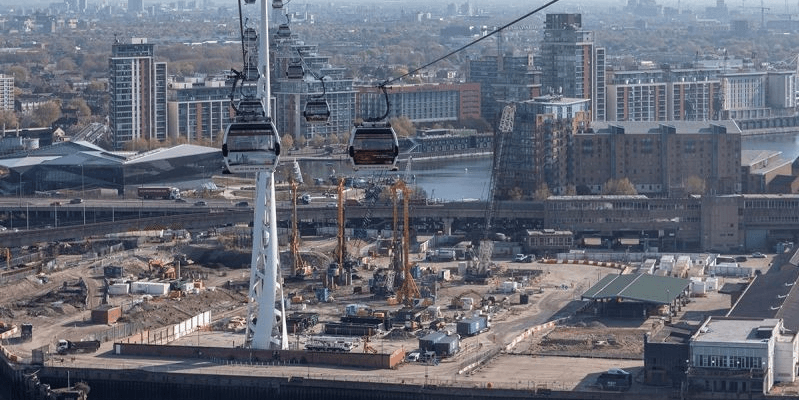 Keltbray, the piling contractor announced that recently, it has finished works on the launch chamber and counterfort foundations for the scheme.

When they settle into their positions, the two 102t, 32m long counterforts were then filled with over 500m3 of concrete.

Stuart Norman, Keltbray’s managing director for piling, claims: “These works were extraordinarily complex; the counterfort foundations were a significant engineering achievement as each encompasses approximately 100t of reinforcement and 500m3 of concrete with each requiring week to construct.”

“Keltbray developed bespoke methodology to enable these huge foundations to be constructed with the use of large BG45 piling rigs,” said Norman.

Capital Concrete has supplied low-carbon concrete for the piling works.

The key building activity on the Silvertown Tunnel project started last year, although because of the Covid-19 pandemic, it was on hold between March and June 2020.

After finishing the piling works, the next step will contain boring of the launch chamber.

Norman continued: “Works continue on the project with Keltbray now moving on to the retrieval chamber and subsequently the cut and cover sections.”

In May 2018, TfL (Transport for London) received approval for the tunnel. Then in 2019, it granted the Silvertown Tunnel design, construction, financing, operations and maintenance contract to the Riverlinx consortium. This consortium includes Bam PPP PGGM, Ferrovial subsidiary Cintra, Macquarie Capital, SK E+C and Aberdeen Standard Investments.

Bam Nuttall with its sister company Wayss & Freytag Ingenieurbau, Ferrovial Agroman and SK E&C are delivering the construction. These partners have appointed local sub-contractors and suppliers, with Keltbray brought in for piling.

Whenever it is finished, the 1.4km long twin bore road tunnel is going to link the A1020 Silvertown Way/Lower Lea crossing to the A102 Blackwall Tunnel approach.

Completion of an Additional Stage of Construction of the Brateevo Depot