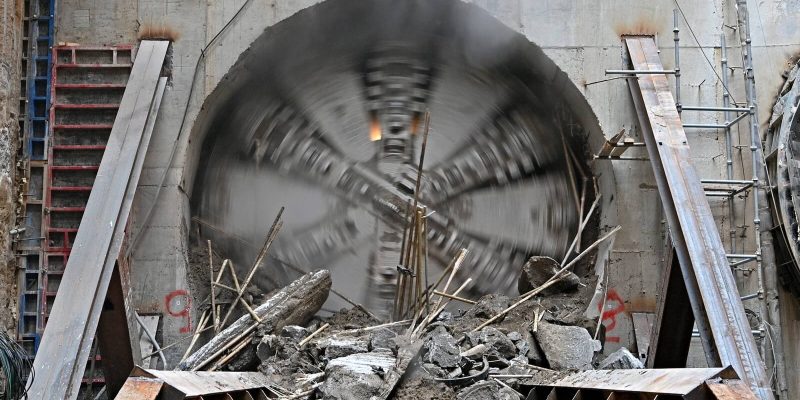 The right running single-track tunnel, which has 500 m length and is located among Kashirskaya station and the transition chamber at the Klenovy Boulevard station on the eastern section of the Big Circle Line (BCL) of the Moscow metro, on 8 October 2021has been completed using the TBM Olga that has 6 m diameter. The digging process was in mixed soils: mainly in fine sands and loams.

The work was implemented at 4 to 24 m beneath the ground, in dense urban areas and also under the domain of the Kolomenskoye Museum-Reserve. Currently, 97% of the tunneling of the BCL is finished, and the overall construction readiness of the line is 88%.

At the moment in BCL project four TBMs are pursuing their work process. While the Victoria and Lilia TBMs with 10-m length are boring double-track tunnels to link the Pechatniki, Nagatinsky Zaton, and Klenovy Boulevard stations and also the 6-m TBM Elena is excavating the second tunnel between the Kashirskaya station and the transition chamber in the east of the BCL, in the west of the BCL, a connecting line tunnel is being constructed to the future Aminevskoye depot.

The Big Circle Metro Line is the most significant project of the Moscow metro construction. This ring, which has over 70 km in length and will include 31 stations, has currently inaugurated 12 of these stations to passengers. The end of this year is the scheduled date for the operation of another nine new and one reconstructed stations.

You can watch the video below for more details.