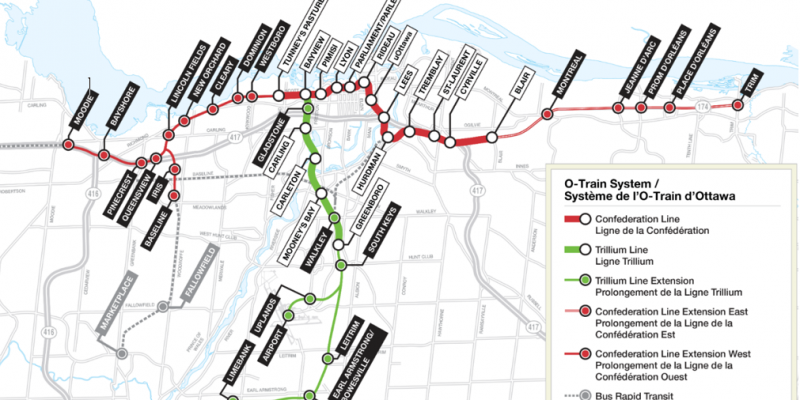 Canadian officials stood uncomfortably with shovels in front of improvised dumps of tunnel spoils as part of the ground-breaking ceremony. The start signals the next step of the Ottawa LRT, which will see 77 percent of the population of the city living within 5 km of one of the line’s stations of the line when completed. For this purpose, 3.2km tunneling will be required.

Using a cut-and-cover method, the 1.86 miles (3 km) Parkway Tunnel will be constructed and by dipping under the Sir John A Macdonald Parkway, it will finally connect Lincoln Fields Station with Dominion Station.
Furthermore, modular developments, as well as work on relocating underground infrastructure, have already begun.

A second tunnel 270-m in length, is to be designed and constructed by cut and cover and following the implementation phase, it will eventually travel from Queensview Station to Connaught Park station.

Contractor East-West Connectors (EWC) undertakes construction work to extend both east and west O-Train in the second stage/stage 2, which will feature 4 km of rail and 24 additional stations.

The Ottawa LRT project, jointly sponsored by the Government of Canada, the Province of Ontario, and the City of Ottawa, is expected to be finalized in 2025. The above-mentioned work aims to mitigate the impact on local areas as well as on communities.