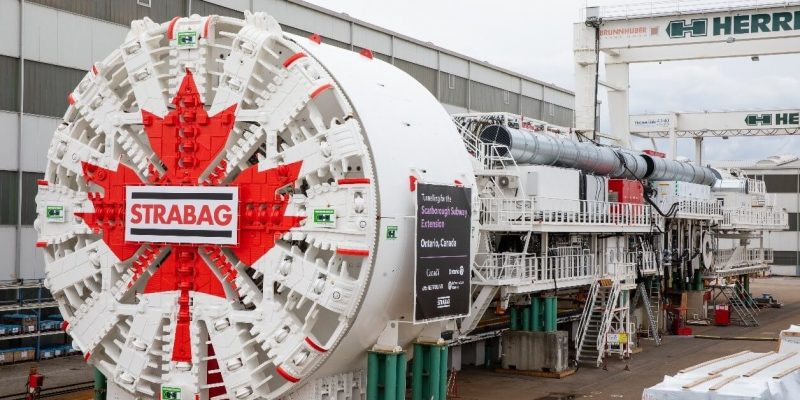 Considering the preparation process of the project’s tunnel boring machine to be loaded onto a cargo ship and has a trip across the Atlantic Ocean, the Scarborough Subway Extension is approaching another remarkable landmark.

Traveling over than 6,300 kilometers from Germany, the tunnel boring machine (TBM) for the Scarborough Subway Extension will commence its work deep beneath the surface of Toronto.

The start key of a part of this huge TBM’s drive to Scarborough has pressed following the digging gets deeper at the launch shaft at McCowan and Sheppard, halfway around the world.

In order to carry them, the tunnel boring machine’s separated sections has been packaged into shipping containers for its voyage, since being pictured at factory testing at the Herreknecht facility in Germany in September.

The moving path of these shipping containers, which were located onto barges and moved up the Rhine River, was from the German towns of Schwanau and Kehl to the Dutch port of Westdorpe in the recent weeks

Currently arrangements are underway in Westdorpe to load the shipping containers onto a cargo ship called, appropriately for the big job, Jumbo Vision. The mentioned shipping container is Jumbo Vision is a Dutch heavy load cargo ship and its carrying capacity is approximately 7,000 tonnes so that it can bear the weight of around 4,000 average cars. The weight of Scarborough’s TBM is nearly 2,000 tonnes.

For further details on this project please visit this website.